Craft beer, poured from a can, paired with a high end five-course menu. Most top of the class restaurants around the globe are hesitant to take up the challenge. As a guest you will find wine being paired, you will have multiple matching wines to choose from, will be presented with whole booklets with information about those wines, and some chefs even will cook their dish towards a wine; that’s still the gold standard in most restaurants. Craft beer has to take a back seat while wine glimmers and shines. What happens when you ask for a special beer in a traditional restaurant? “Yeah, we should have a case of lager somewhere in the back.” It’s a shame.

But fortunately, the times they are a-changin’. With De Librije spearheading the way, craft beer is making its way to the creme-de-la-creme of Dutch gastronomy. In the hanseatic city of Zwolle you now can complement your day with our prizewinning Bird of Prey IPA, served together with a high end course. De Librije recently started pouring our prize winning, flagship IPA, straight from the can, served with a smile. And they matched it with one of their signature dishes. Just like that. And to Uiltje that’s a real feather in our cap.

Together with Sabas Joosten (Head Sommelier at De Librije), Rick Kempen (Beer Ambassador at Bier&cO) and Robbert Uyleman (Founder at Uiltje Brewing Company) we’re discussing the small, but significant steps towards the unstoppable rise of craft beer in gastronomy in general and the canned goodness, that is Bird of Prey IPA, in particular. 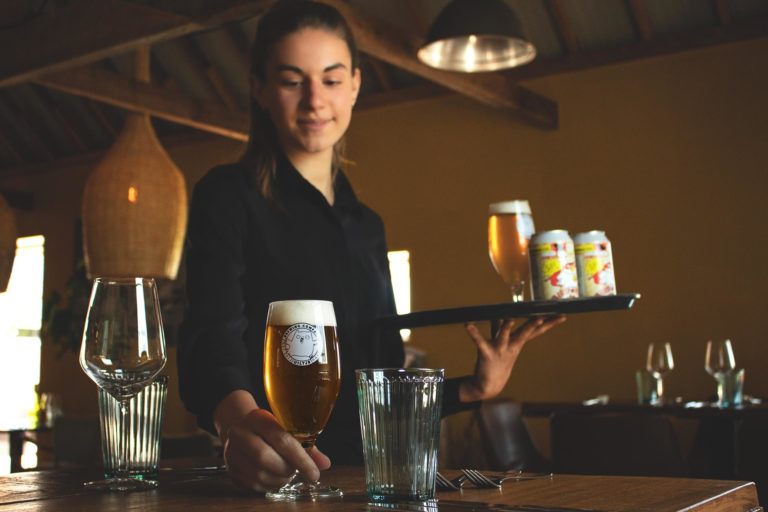 In answering if craft beer could add to De Librije’s culinary experience, Bier&cO’s Beer Ambassador Rick Kempen played a big role. Led by the team of its Sommeliers, both Rick and De Librije soon came to the conclusion that the answer to this question was a resoundingly ‘yes’. The birth of a revolutionary beer being a fact, in 2016 an IPA was still lacking for being too outspoken to match the refined tastes coming from Librije’s acclaimed kitchen. As a consumer you cannot have missed out on the progress that beer has made in recent years. There’s now more choice than ever before, and that has led to an almost infinite number of choices for food to adjust itself to beer. Plus, those consumers now tend to be a bit more spoiled when it comes to their beer-longing taste buds. It was this development which made the initial ban IPA being lifted, resulting in our Bird of Prey now being present on De Librije’s menu. In a for some still unusual package, though. 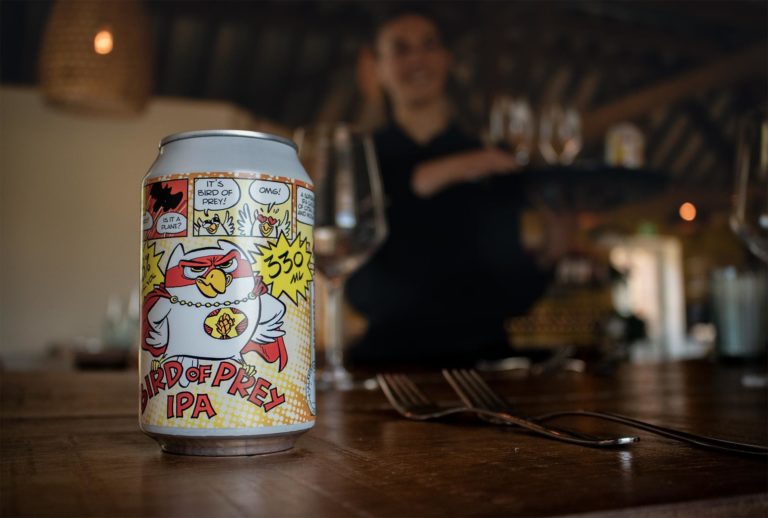 Beer in a can. Most people still believe it is meant for college students, free roamers, and those with a high tolerance for alcohol. Consumed by the numbers, and preferably from the low-end range in supermarkets and corners shops. But cans have some surprising perks when it comes to beer, their shelf life, and its freshness. When it comes to beer, its worst enemies are light and oxygen (and wine). A can keeps those first two out of the beer itself, more so than any other way of packaging, which is crucial to keeping our favourite beverage as fresh as possible. Beer Ambassador Kempen: “Especially hop forward beers like IPAs, which are dependant on its kakelverse, knisperfrisse (both like the quintessential Dutch word ‘gezelligheid’ not up for translation without losing its meaning) hop aromas and hoppy overall experience, are to be imbibed as fresh as you possibly can.” Another advantage among many others that a can brings to the table, is that it’s lighter to transport and easier to stack, which makes logistics more efficient ánd environmentally friendly. All things that make beer in cans all the more esteemed. 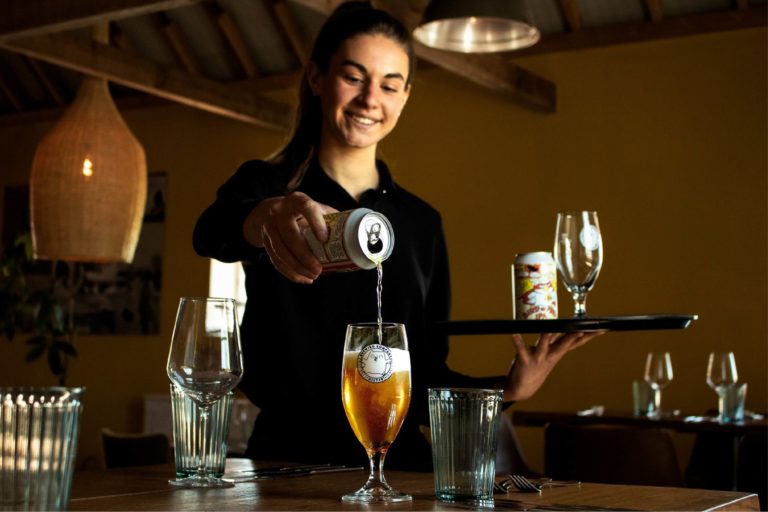 At Uiltje we believe in the distinct and unmistakable aroma of hop forward beer. To fully enjoy the flavours that come with it, maximum freshness is key. Freshness and high quality hops: these come together when pouring Bird of Prey, from can, in De Librije. After we package our beer, we ship it as quickly as we can with cooled transport to De Librije to ensure that their guests are able to enjoy Bird of Prey IPA within 48 hours after being canned. The only way to enjoy it quicker is at the brewery itself, if we were to have ambitions in our own gastronomical side-hustle. But we don’t.

Stressing the importance of freshness, De Librije pours Bird of Prey only on arrival at your table, straight from the can. ‘A bit unusual and new to us’, according to Sommelier Sabas Joosten, ‘but IPA’s tend to come into their own when poured and tasted fresh.’

After De Librije led the way by putting craft beer into the spotlights in 2016, they’re now positively influencing the perception of beer in cans. “It’s a huge honour that a famous restaurant like De Librije is showing that canned beer deserves its place at the table”, according to founder Robbert Uyleman.

The genie is out of the bottle. Well, out of the can actually. Craft beer from can turned out to be a serious contender to wine in foodpairing. De Librije is on track, and other restaurants are quick to follow.

Would you like to learn more about hops and freshness? Want to try our prizewinning flagship IPA? Feel free to reach out. We’d love to come by and bring you a six-pack of our Bird of Prey:

Would you like to try our award winning Bird of Prey?