Home › Blog › The man behind the words: John Weich
News 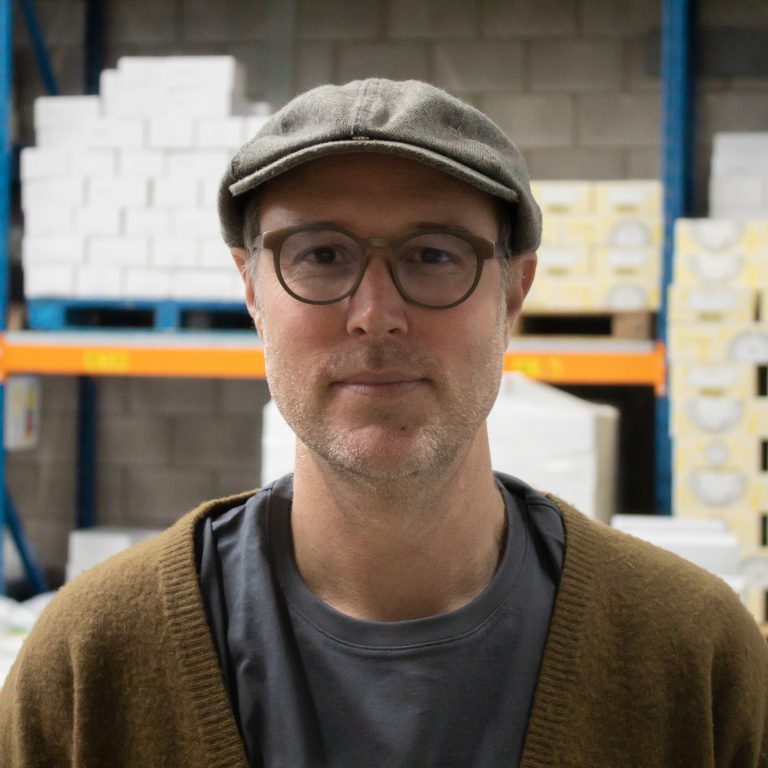 If you’ve ever taken a good look at an Uiltje, you’ve undoubtedly noticed that each can has not only its own owlish character, but also its own unique story. Sometimes these stories are explanatory, sometimes surreal, sometimes downright weird, but each is relevant to the beer and never fails to entertain. Which is the whole point. Time to introduce you to the man behind the words: John Weich.

Can you tell me a little bit about yourself?

I am a Dutch-speaking American. For some reason, I always introduce myself that way, as if speaking Dutch is an anomaly, which I suppose for an American it is. I have lived in Haarlem for about 25 years, so it would be pretty pathetic if I couldn’t speak Dutch by now. But to answer your question more properly, I am a writer.

How did you become a writer?

I studied literature and journalism in Los Angeles and New York, and over the years I’ve made a living in journalism, advertising and branding. Admittedly, I was a bit lucky to work for a few serious zeitgeist magazines like Dutch, Wallpaper and ArtReview. Early on this journey I met a Dutch girl and spent a lot of time commuting between Amsterdam and London. At a certain point I noticed that journalism was becoming more like advertising and advertising more like journalism. So I decided to move back to Holland which, fortunately for me, was one of the major centres for this new idea called ‘storytelling’, led by the likes of Nike, Adidas, Heineken…

How did you start at Uiltje?

As a California native, I was raised on IPA. Or better said, I bought a sixpack of Sierra Nevada whenever I had the money. But in Holland in 2012, IPA was a pretty scarce commodity. I often snooped around a local liquor shop in Haarlem called Melgers and one day the owner showed me a new beer called Uiltje. He told me the guy behind it – Robbert – lived upstairs and brewed in his kitchen. Naturally I bought the beer but when I got home realized the beer had absolutely no context, just a logo and a tiny owl, that’s it. So the next day I went back to Melgers and contacted Robbert. I probably said something like: “The beer’s amazing, but I have no idea what it’s all about.” So we started working together. No formal agreement; he was just getting started, so he paid me in beer.

What is it exactly that you do at Uiltje?

When Robbert wasn’t working his ass off in the brewery, we met up and thought about names, stories and stunts for the brand. I translated Robbert’s personality into the Uiltje tone of voice. Over the years I’ve penned words for Uiltje beer cans, web copy, boxes, brand books and speeches.

What makes writing for Uiltje so much fun?

I went to art school, studied literature, took photography courses, but every time I return to words. Words are my true love. Over the years I’ve worked as a wordsmith for what feels like every big brand in the book – Starbucks, Adidas, Louis Vuitton, Red Bull, Intel, the United Nations, LEGO, Smirnoff, Tommy Hilfiger, Denham, Calvin Klein, G-Star, Tony’s Chocolonely, I’ve lost count. But I always tell people writing Uiltje can ‘poetry’ is the most fun. There’s a lot of freedom to explore and toy around. For a writer, it’s a small playground.

Do you have a ritual or process for writing beer copy?

Like all writing it’s mostly about being aware of what’s going on around you. I read a lot. I walk around town with my eyes and ears open. I listen to podcasts and subscribe to twelve different magazines, even magazines I don’t really like but feel I need to read so I can connect all the dots and create relevant copy.

With Uiltje, we’re playing into pop culture as much as we are into beer culture. We want to be relevant to the mainstream, but in a way that makes people smile. Internally, we say we’re competing against iPhones, not other brewers. So you have to be relevant, but that’s not something you can easily force. You either are or you’re not. To be able to do that in an unforced way. I feel it’s my job to know things other people don’t, so I often explore beyond my comfort zone in search of original perceptions and points of view.

When it comes to writing, my big thing is this: ‘It’s not what you say but how you say it.’ With Uiltje I feel we are kind of living this philosophy. People like the brand not only for what it creates, but also how it creates it. Uiltje is audacious and fun, it’s a mindset that everyone at Uiltje contributes to. As its main real estate, the cans have to embody this spirit, both visually and textually.

Last, but not least, what’s your favorite Uiltje?

I’m a hop-forward IPA-heavy guy, it’s in my Californian roots, I suppose. I like a good Dikke Lul 3 Bier on the weekdays, but more solid (I)IPAs like Big Fat 5 or Cascade Green Sweater on the weekends. Uiltje does encourage me to drink some crazy stuff. The Ciel Bleu a few months back really surprised me – a wild peach, lemongrass and ginger NEIPA? Come on! And against all expectations I fell in love with Mind Your Step Vanilla Marshmallow imperial stout. Then I heard it was packed with something like 1,000 calories a can, which may or may not be true. I resisted temptation only because, like most limited-edition Uiltjes, it sold out quickly. But calories be damned, I’m lobbying for another batch of Vanilla Marshmallow imperial stout as we speak.

It’s that time of the year again. The days are getting shorter and although it’s not yet snowing, temperatures...
News

Everyone knows you can pair food with beer and of course, that is lovely. But with the lockdown, you...