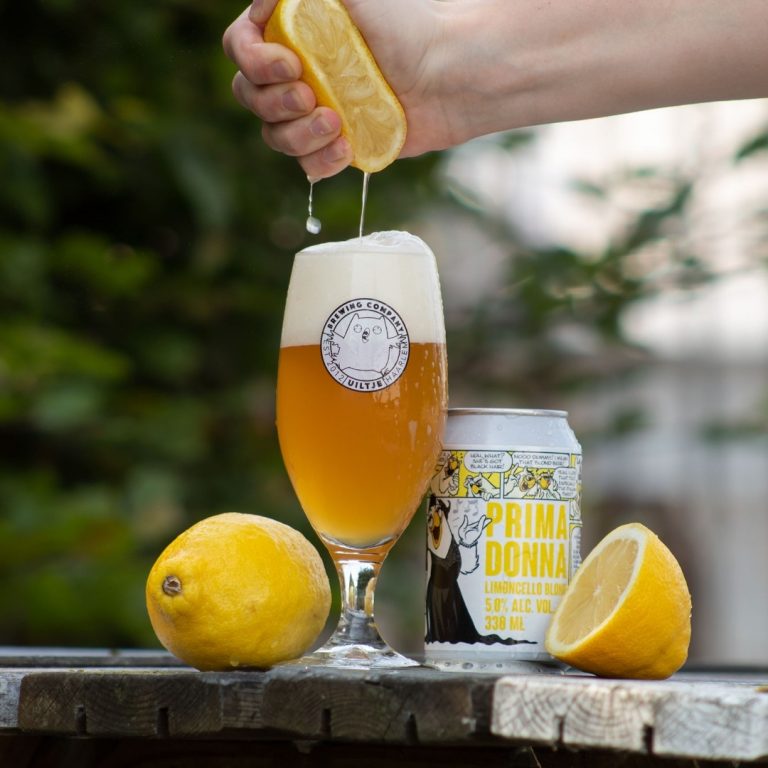 This time we’re dedicating our blog to another one of our core range beers – our limoncello blonde, the Prima Donna! We’ll have a brief look into the history of blonde beers and then explain how we came up with our very own version, with a lemony twist!

So first of all what is a blonde beer? It’s certainly not a new kid on the block but more of a classic style – I think most bars have a blonde beer on tap! There are many variations of this beer style, but I think it’s safe to say that it’s one that is often usually associated with Belgium though it is also very popular in other countries around the world. A blonde beer is usually a nice golden (or as its name suggests, blonde) in colour and has a nice ‘drinkable’ ABV. In Belgium, blonde beers tend to be more aromatic and show off the esters from yeast by producing banana and clove flavours (and are usually stronger in alcoholic strength!). In comparison, in the US and UK they’re also labelled as golden ales, they’re usually brewed to a more sessionable strength and are balanced in flavour.

In true Uiltje style, we took this classic beer style and brewed it with a twist. Our friends from Cavallaro Napoli who are also based in Haarlem (and responsible for our awesome swanky italian cut merchandise!) were after a beer of their own, and in line with the italian theme, we made them a limoncello and basil infused blonde beer. Whilst it proved to be a hit with Cavallaro, we also took some kegs of this limoncello beer to some local beer festivals last summer, where it proved to be very popular as well! Although we admit that some were slightly weirded out by the idea, clearly we were onto something by mixing beer and limoncello…

At the end of last year we decided to have a reshuffle of our core beer range and as the Cavallaro beer proved so popular, we decided we needed to include a limoncello blonde in the series – enter Prima Donna! Although the recipe differs a little from the Cavallaro version, since its introduction alongside Fancy Pants, we have been struggling to keep up with the demand for this scrumptious beer. At 5.0% ABV it is a lovely moorish and refreshing beer, and for those who aren’t a huge fan of too much bitterness such as what you’d find in an IPA, this is definitely the beer to have (I think many have also been equally entertained by the name and label of the beer too). As the beach bars and terraces reopen in time for summer, this blonde beer with the limoncello touch is the perfect accompaniment! It’s packaged in cans too so also suitable for a summer picnic. Swing by our Grab ‘n Go or check out the webshop to get your hands on some – but be quick, whilst the Prima Donna is a part of our core range and as such is available year round, it tends to sell out quickly!