As a brewery that loves to brew IPA’s, it should be of no surprise that we consequently love hops. I think it is safe to say that most beer lovers these days are familiar with what hops are, but perhaps not exactly where they come from.

Why are hops so fascinating?

In my opinion hops are fascinating. They grow around the world, and just like grapes, depending on where they grow this will impact the way they smell and taste. They add bitterness, flavour and aroma to our beer and even have an anti-bacterial element to them – the IPA, or its full name India Pale Ale, was ‘invented’ when higher amounts of hops were added to beer so that it would survive the long sea voyage from England to India.

Hops are also incredibly sensitive to the environment or terroir in which they grow, which means that they cannot just grow anywhere (most hop producing countries can be found North of the equator) and even if you were to attempt to grow the same variety of hop in a different country, this would still impact how the hop would ultimately smell and taste. I recall reading an article about hops which explained that in the English county of Kent, a hop farm tried growing the same variety as a neighbouring hop farm but found that they couldn’t as their soils differed ever so slightly!

The biggest hop producing country is perhaps unsurprisingly the United States, although for a long time Germany, more specifically the Hallertau region, was the world’s leading hop producer. The Hallertau region is documented as being one of the first places to cultivate hops in the world and to this day remains to be one of the largest hop producing regions. Other popular hop producing countries aside from the US and Germany include Britain, the Czech Republic, Australia and New Zealand to name just a few, all producing varied hops with their own wonderful characteristics. Going back to the US, the country is now producing nearly a third of all hops produced worldwide. It’s not hard to see, or rather taste why- I always say American hops are like the American people – they have a lot of character!

Another great thing about hops is that they can be bred and developed into new varieties which means that there is always the potential for new flavours in our beers. This goes nicely hand in hand with the craft beer revolution that began in the US and has been sweeping the world, as brewers have re-invented beer styles, in particular the IPA, and new hop varieties only makes brewing fresh IPAs all the more exciting! 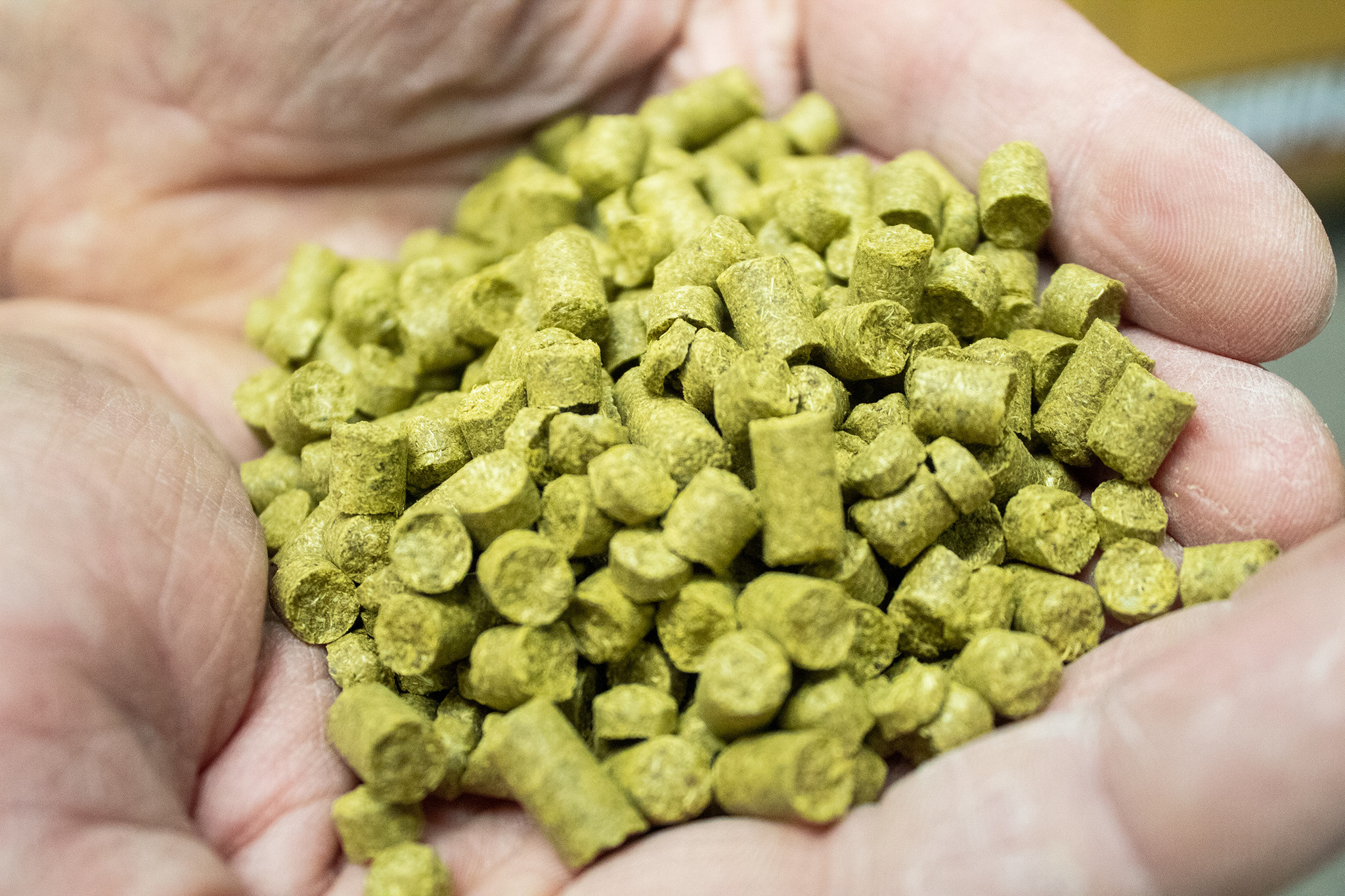 A little while ago, we wrote a blog about hops and how and where they’re grown. In this second blog on our beloved hops, we’ll look into a little more detail at hop breeding, in particular american hops and how they’ve come to be!

What is hop breeding?

For those of you who are real craft beer fans and have come to love certain hop varieties, you should be familiar with hops including Citra, Mosaic, Equinot and I’m sure many more! However have you ever wondered where these came from?

Whilst many hops have evolved naturally, you could say that hop breeding has already been happening for several hundred years as farmers cultivated hops that did well in their local environment (or terroir) as well as those that proved popular with local brewers. However it was in the mid 1800s that hop breeding actually began to be a more organised affair, first in Germany, and soon spreading to other European hop producing countries and beyond. Hop breeding has been used for many reasons, including increasing yields and breeding shorter length hops – hop pickers would traditionally have had to use stilts in order to be able to reach the top of hop bines! Another fundamentally important reason for hop breeding is to develop disease resistant hops.

So how about in the US? Well they’re not new to hop growing and breeding either. Already way back in the early 1900s there were hop breeding initiatives however it was only after the World Wars and the end of prohibition, that hop cultivation (and thus breeding) really took off in the US. Whilst the New England and New York states dominated hop production for a long time, the North West of the country – Washington State – proved to be a great fertile ground for growing hops as well as the ideal climate. As stated by the USA Hop Growers of America, Washington accounted for 70% of the hops produced last year. The US is also now the biggest hop producer globally.

Back to the aforementioned hops – they have all been developed through the Hop Breeding Company, which was started up by Yakima Chief Ranchers and John I Haas, two well established US hop companies. In order to create a new hop variety, they conduct ‘trials’ in which thousands of seedlings are grown to see how resilient they are. Those that prove to be disease resistant are then tested for their flavour and aroma profiles during brewing trials. This also determines when the hop is best used during the brewing process. These hops have their own distinct characteristics which makes it all the more fun for brewers to experiment with.

So now that we’ve established where some of our hops originate from, it might be fun to mention in which of our beers they feature. Perhaps not surprisingly, our flagship IPA, the Bird of Prey, is brewed with some former HBC hops (now known as the well established Mosaic and Citra) and other hops and if you have been following our Fresh & Fast series you’ll have noticed that the names of our themed beers are often linked to HBC hops too.The Hop Breeding Company is just one example of a hop breeding initiative, however, given what they have already produced for us brewers – and you the drinkers to enjoy! – it certainly keeps things exciting to see the kind of hops that they will produce in the future!

Craft beer, poured from a can, paired with a high end five-course menu. Most top of the class restaurants...
News

The Drive-Through is closed, but it looked like this!...
News

The flight of alcohol-free beer is undeniable. In 2020, sales of non-alcoholic beer increased by 8.5%. A windfall for...
News

Don’t bullsh*t, just brush! Or, as we say here in the Netherlands: ‘niet lullen, maar poetsen’. And poetsen is...
News

So we’ve done a lot of blogs on beer itself, but how about the glasses that we enjoy the...