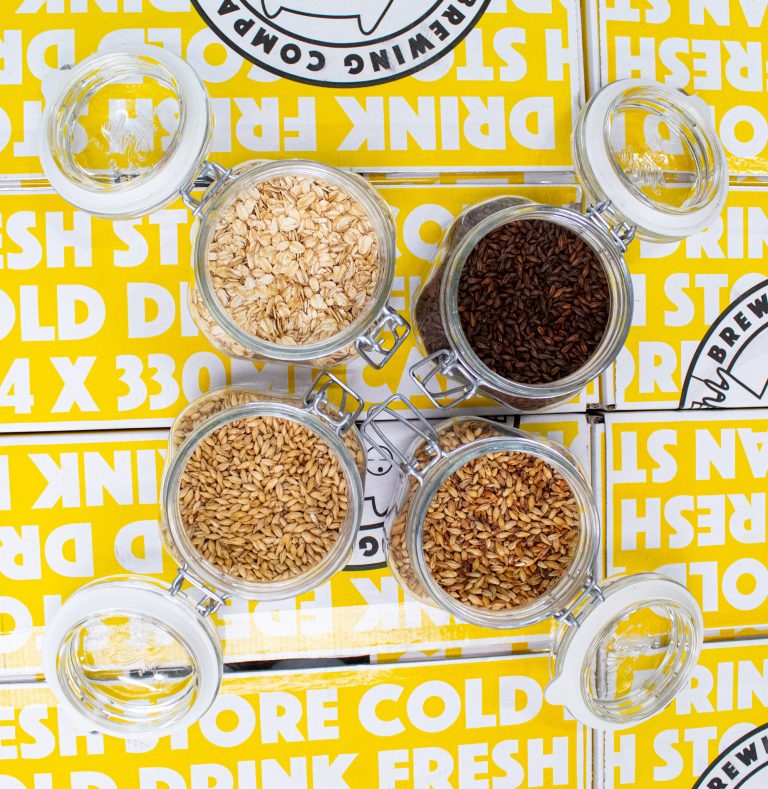 With this week’s blog, we’re going back to basics and looking at one of the four key ingredients in beer – malt! Malt is fundamentally important in beer as it gives its colour and flavours (well, depending on the style of the beer) as well as providing the sugars that are needed to create alcohol.

There’s a diverse range of malt accessible to brewers which means plenty of choice when creating new beer recipes. However, before we delve more into how malts are used in the brewing process, it might first be best to look into what malt actually is. The most commonly used cereal for malt is barley. The barley that we see growing in the field however is not quite ready for us to use and as such it must go to the maltster. The maltster will put the barley grain through a series of processes whereby he is basically ensuring that the barley goes through a controlled germination. By the end of the process, the starches held within the malt will be more readily accessible for our brewers to use and as such ready to make beer with!

So how does malt develop its colour? Well once the maltster is done with malting the barley, they feed it all into a huge kiln. By adjusting the temperatures of the kiln, as well as the time allowed for the malt to be heated, this will consequently result in the malt developing an array of colours. These colours can vary from pale to amber to black. Ever been curious as to how a stout is so dark in colour or how a Pilsner achieves that golden look? It’s all down to the way the malts have been kilned.

Have you wondered how sometimes your beer can taste of biscuits or maybe even of chocolate and coffee? Whilst it’s true that this may be because we’ve actually thrown in some extra crazy ingredients (Stroopwafel beer anyone?!), these flavours can also be produced naturally by malt. Whilst ‘base’ malts are important for the backbone of the beer (e.g. pilsner or pale ale malt), again by playing with the temperatures of the kiln, a maltster can produce ‘speciality malts’ which as well as varying in colour can provide an array of flavours such as biscuit, caramel, chocolate or coffee. People on my brewery tours are always pleasantly surprised how tasty malt can be!

Finally, it is important to mention the last element of malt – that it provides the starches, which we will convert into sugars in the brewhouse, which the yeast will then use to produce alcohol. This also explains why we need a base malt, as the more kilned a malt is, the less fermentable sugars it will contain. Malt also provides essential proteins and nutrients which will give beer that important element of body and mouthfeel.

Aside from barley we can also use a variety of other cereals or adjuncts as they’re technically known, however we’ll explore these in more depth in another blog. At a time when the craft beer revolution has led to a lot of attention on hops, hopefully this blog has shed light on the importance of malts. So next time you’re sipping on your beer, think of the malt that has gone into it and how much it has contributed to the flavours and colours of it!