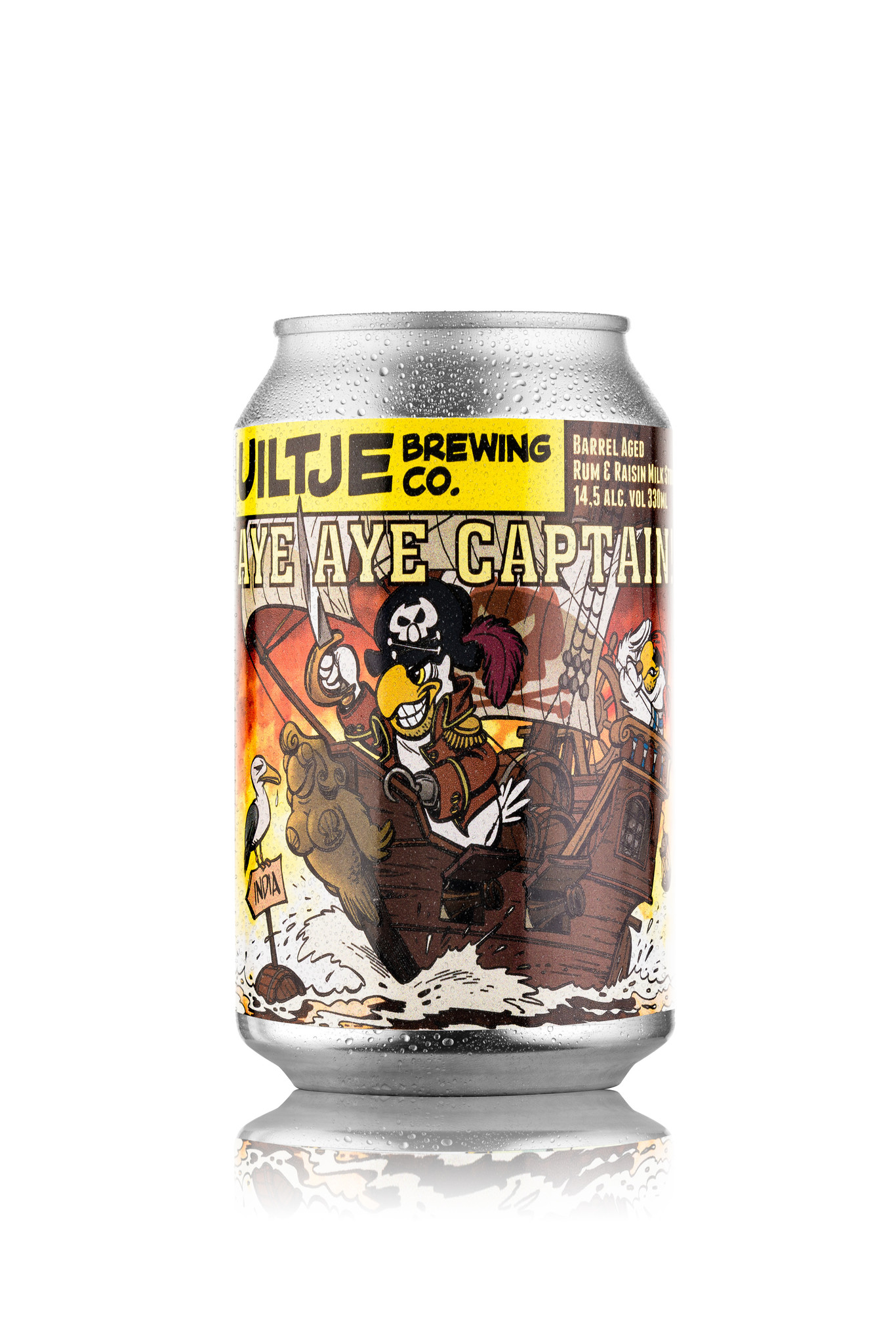 Shiver me timbers! The Captain has arrived which means all hands on deck, and full sail towards plunder and pleasure! Aye Aye Captain! And plunder has been fruitful of late. This Barrel Aged Rum & Raisin Milk Stout has been known to numb the biggest sailors! Full of riches like rum, raisins and the best hops. It has been aging on Rum barrels for over two years! Grab yourself a can of Aye Aye Captain, but be careful not to drink yourself over the edge of the world!

The captain holds his beer in very high regards. Only the most worthy sailors may taste it, and now you can too! The Aye Aye Captain has raisiny and somewhat boozy aromas. The flavor of the wooden rum barrels is easily identifiable in this Barrel Aged Rum & Raisin Milk Stout. The Aye Aye Captain contains an ABV percentage of 14.5%. This may seem strong to you, but most sailors won’t blink an eye! Get your Barrel Aged Rum & Raisin Milk Stouts today and have a taste of the high seas yourself. Aye Aye Captain!