What is a New England India Pale Ale Beer (NEIPA)

NEIPAs have become immensely popular amongst craft beer lovers and it is easy to see why – usually between 5-7% ABV and packed with hoppy fruity flavours, which can range from tropical fruit to stone fruit flavours, they make wonderful juicy beers! Read more 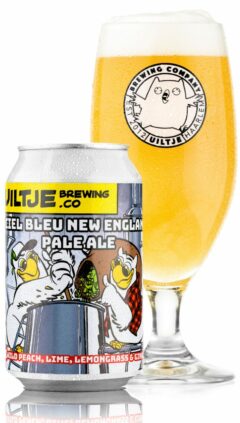 Ciel Bleu
Wild Peach, Lime, Lemongrass & Ginger NEIPA
We teamed up again with our foody friends from...
Temporarily out of Stock

Double Dryhopped Duckface
NWIIPA
The only one answer to your future grandchildren is...
Temporarily out of Stock 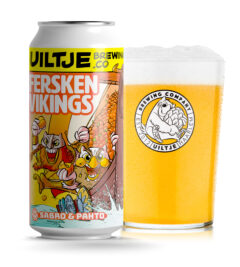 Fersken Vikings
Fruited NEIPA
For this new ‘Go Back In Time’ beer series...
Temporarily out of Stock 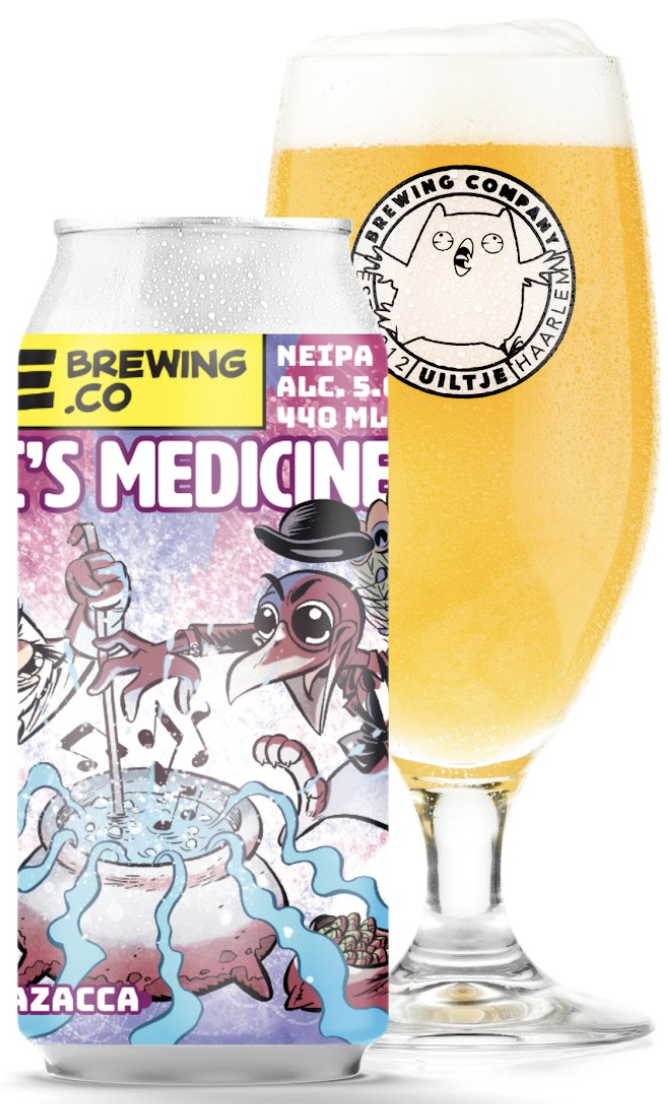 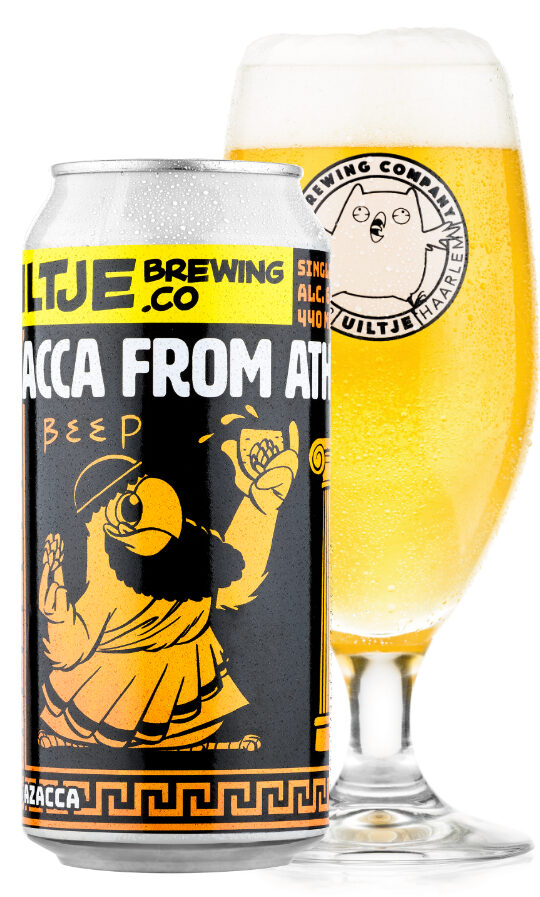 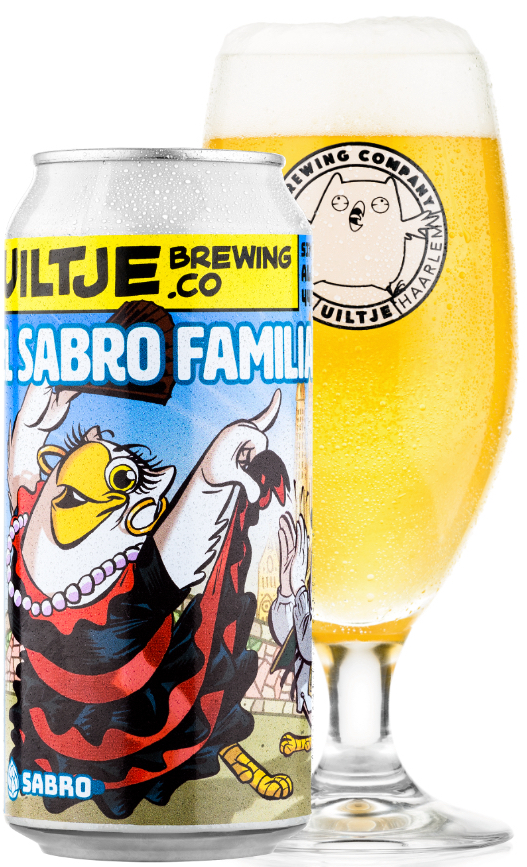 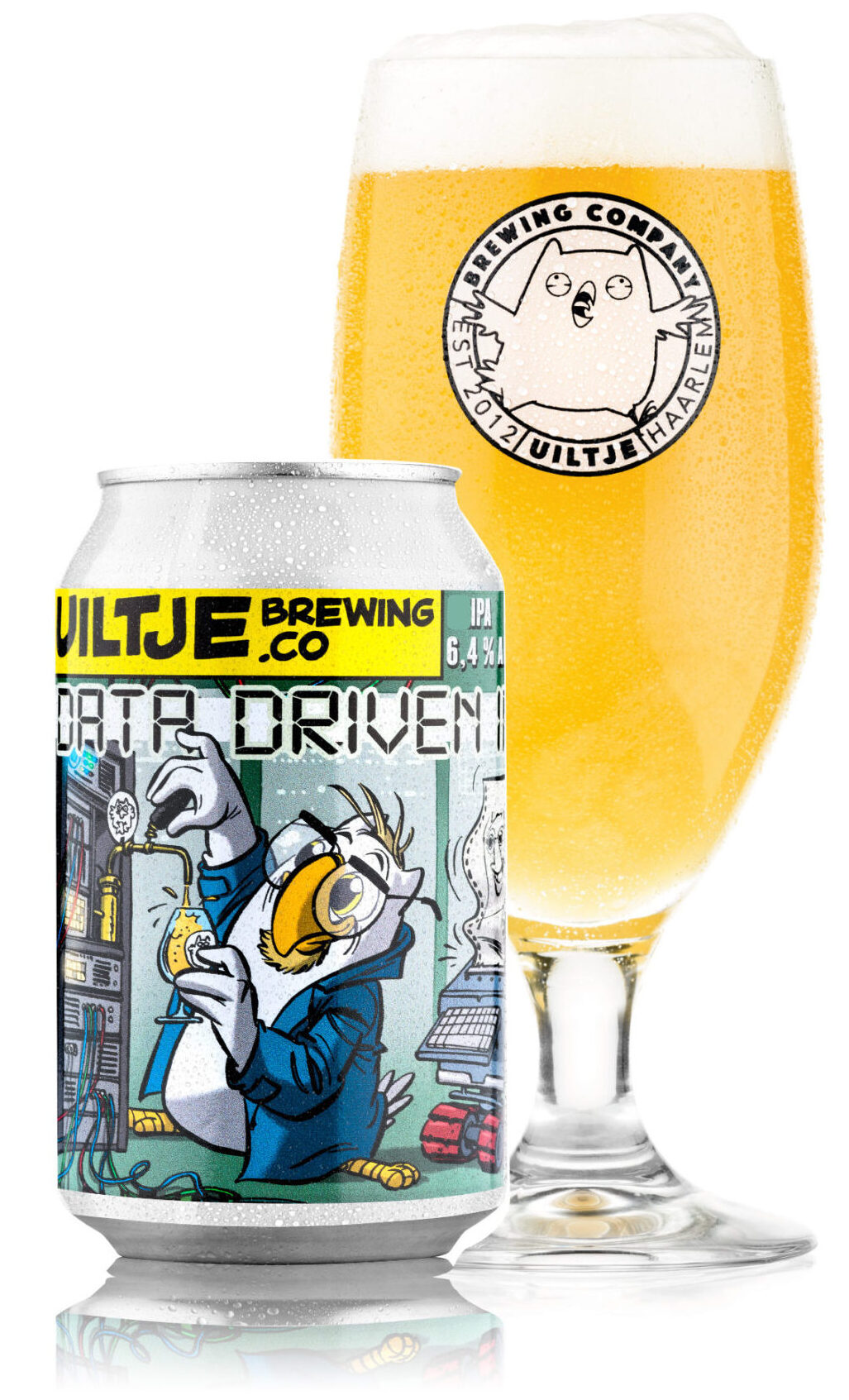 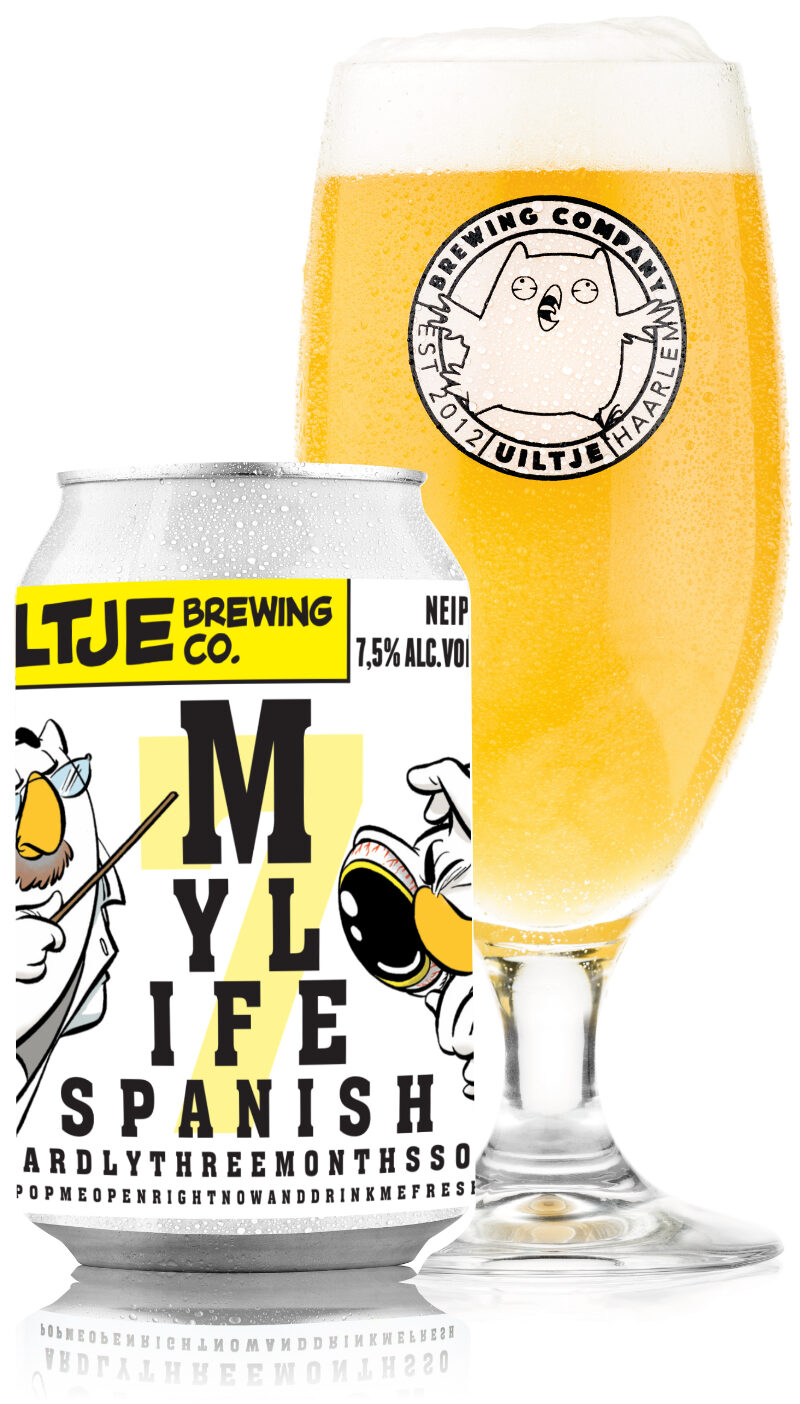 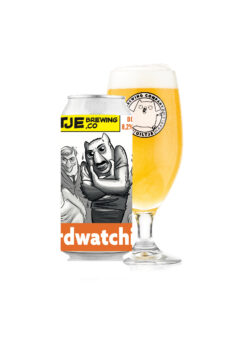 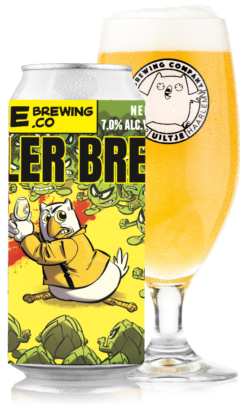 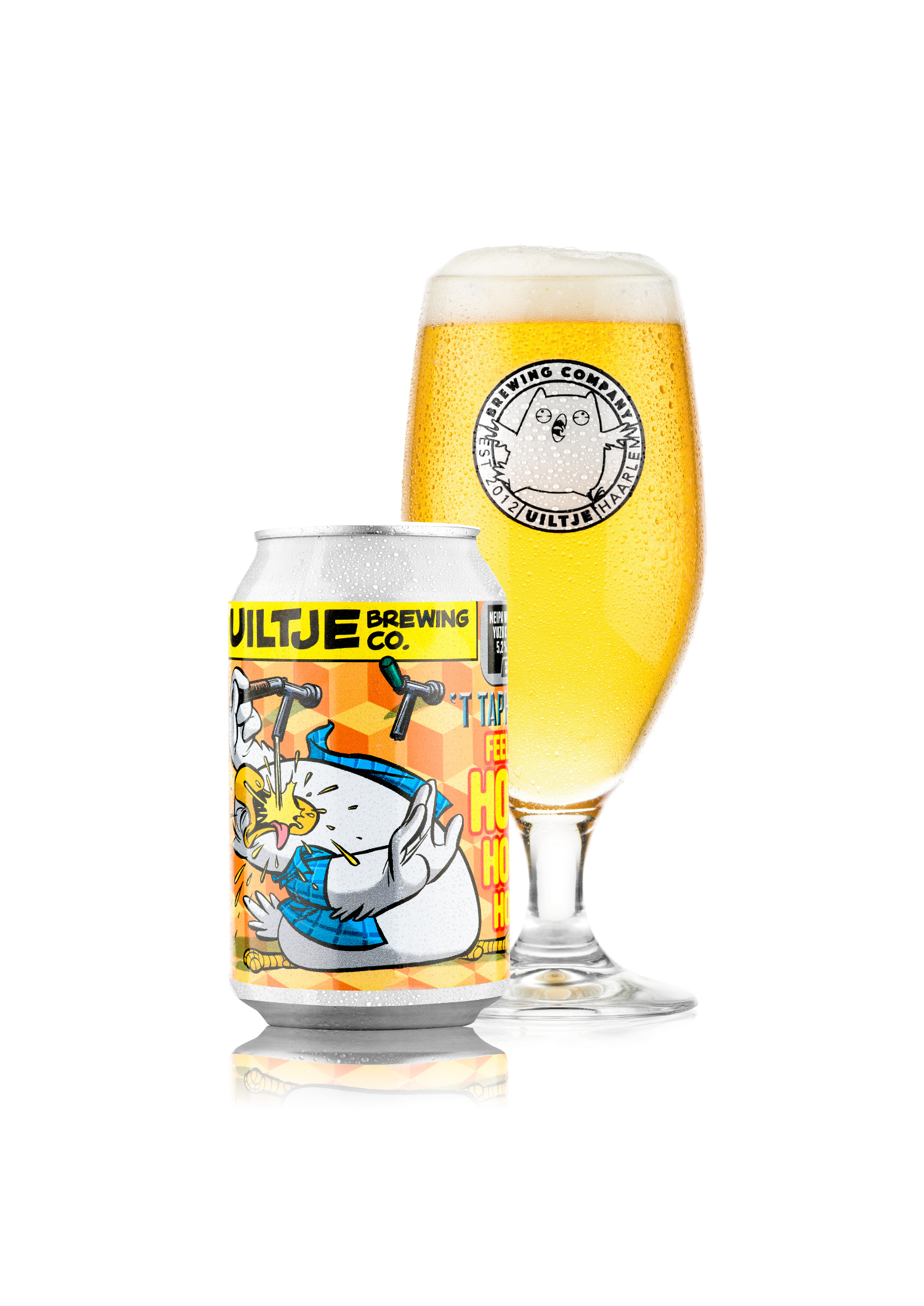 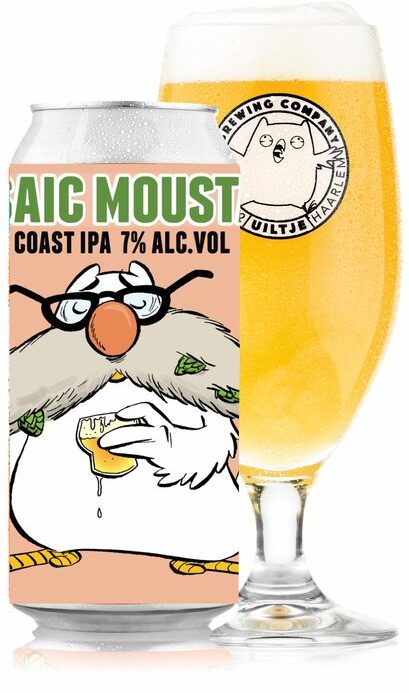 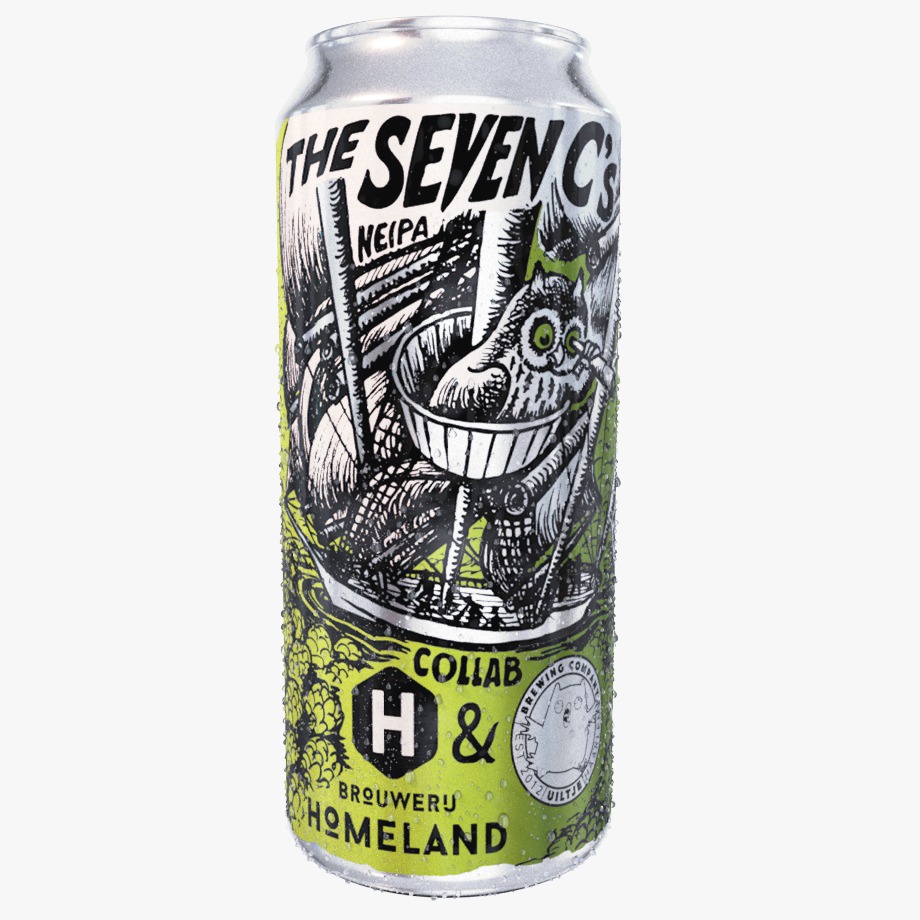 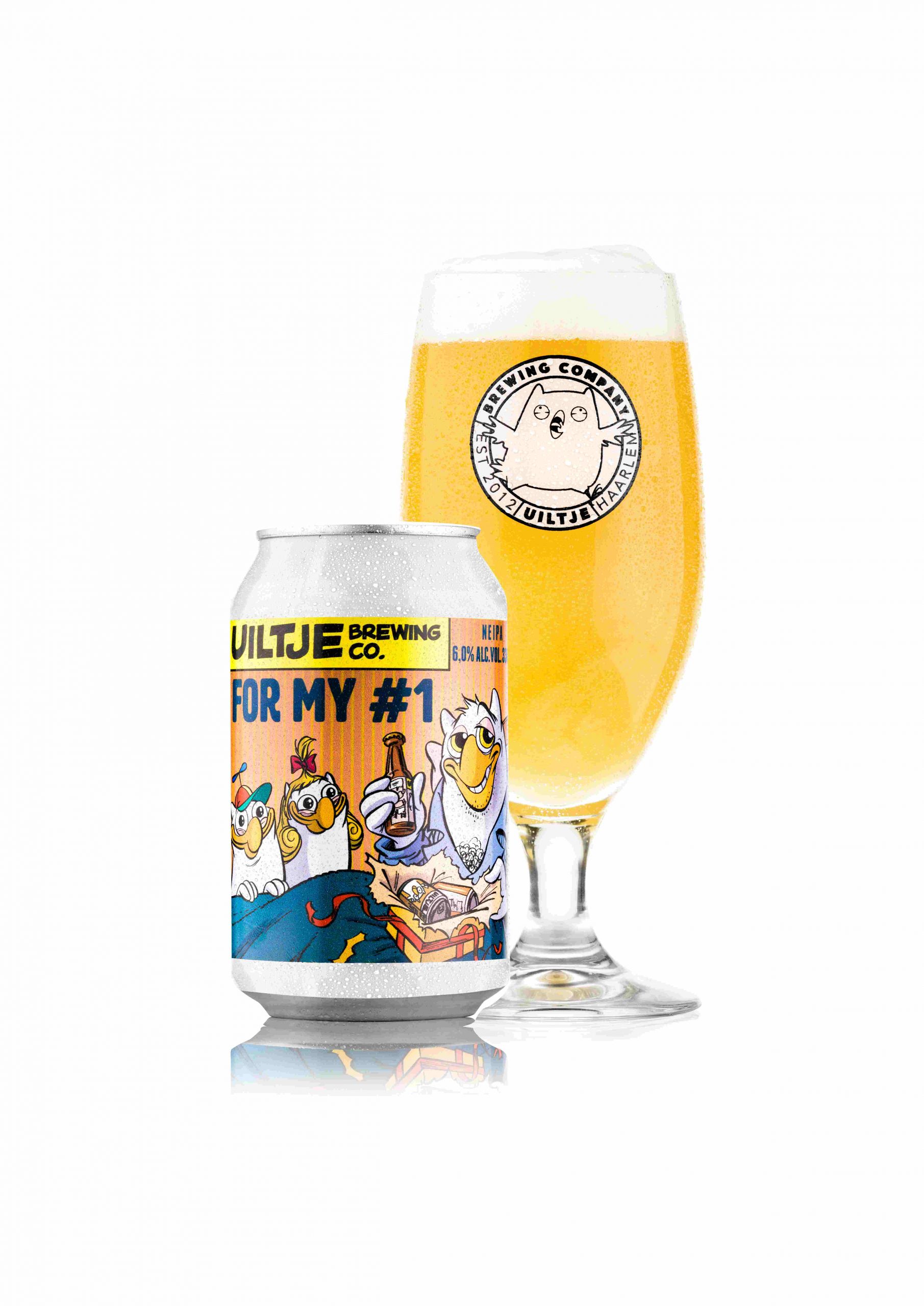 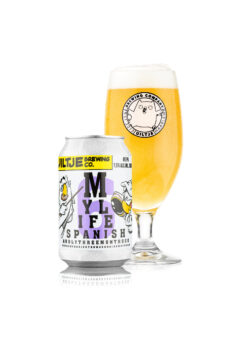 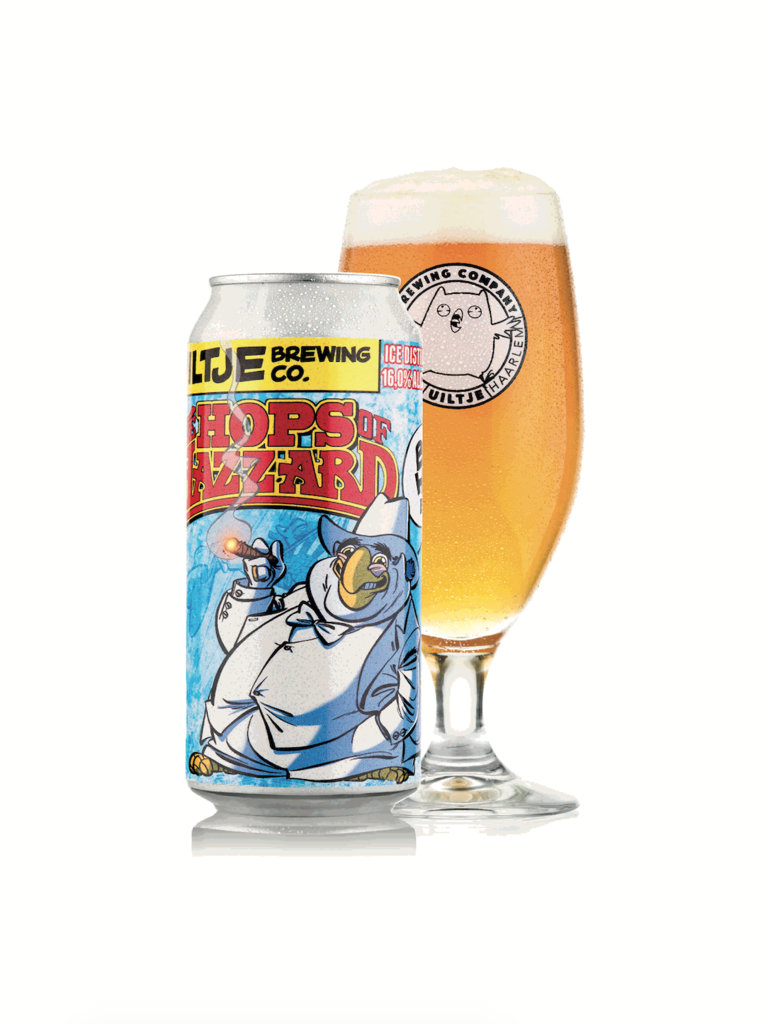 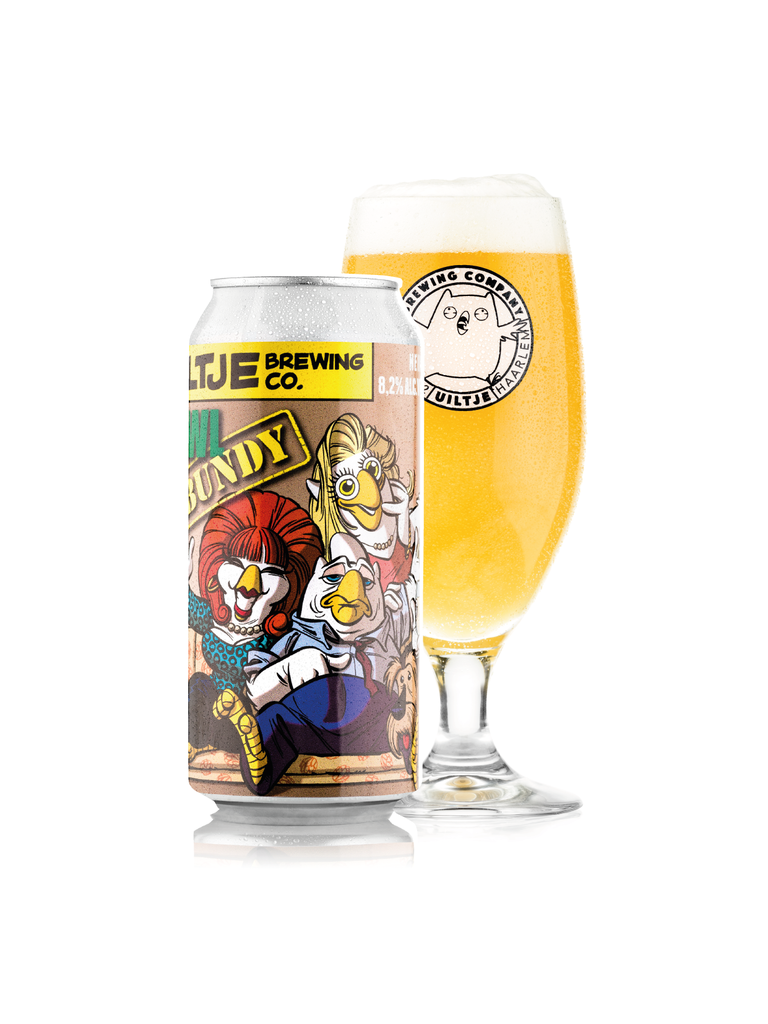 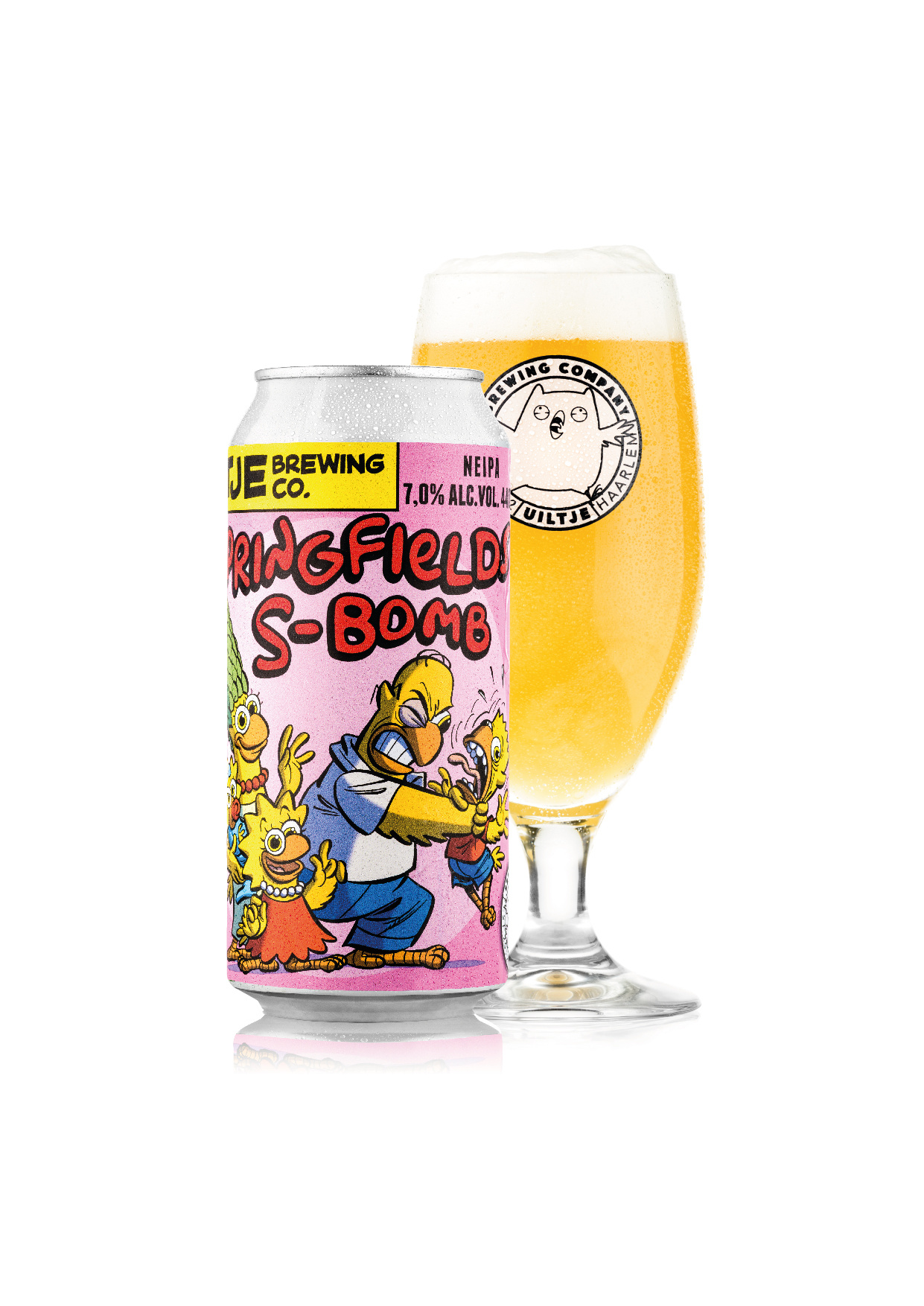 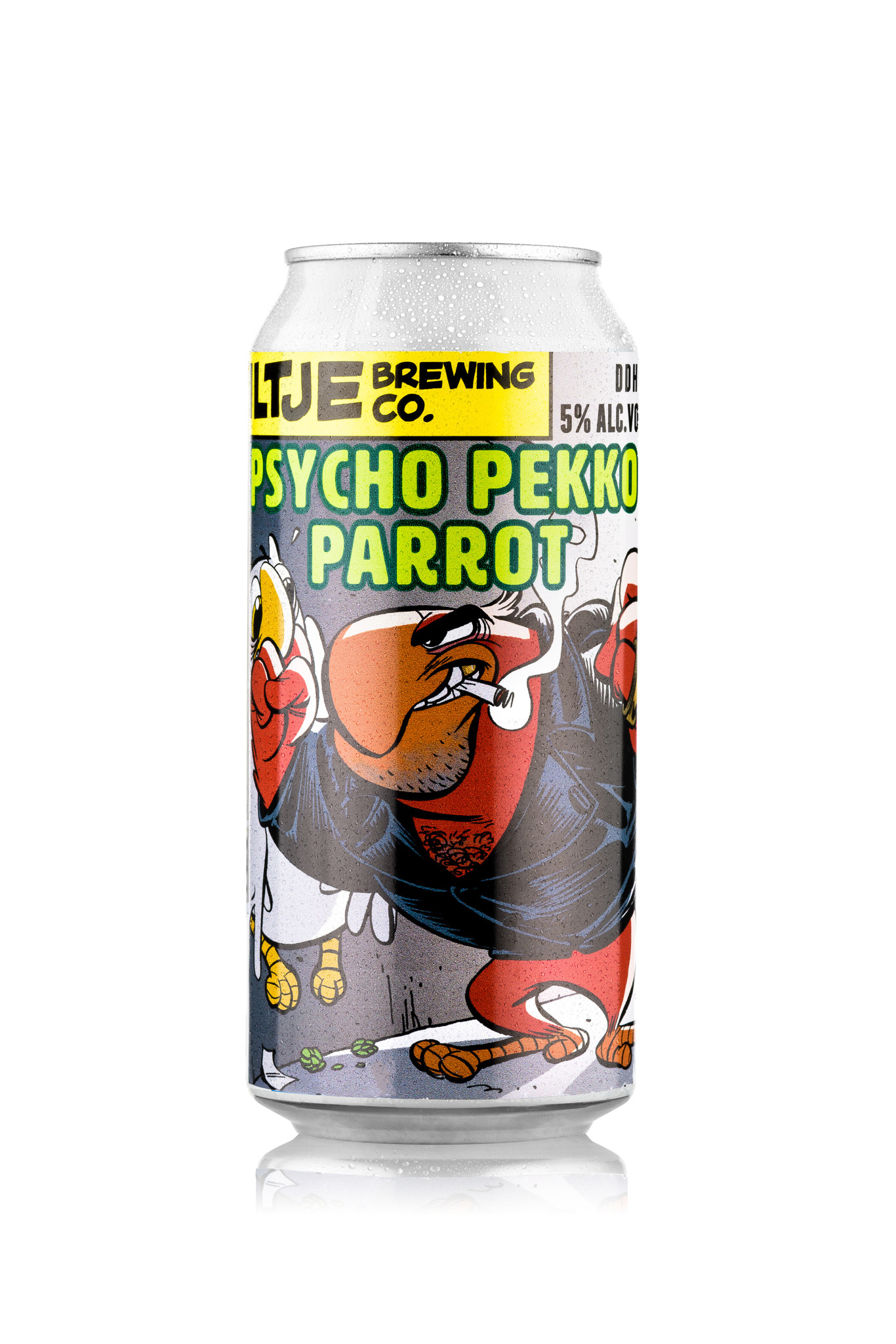 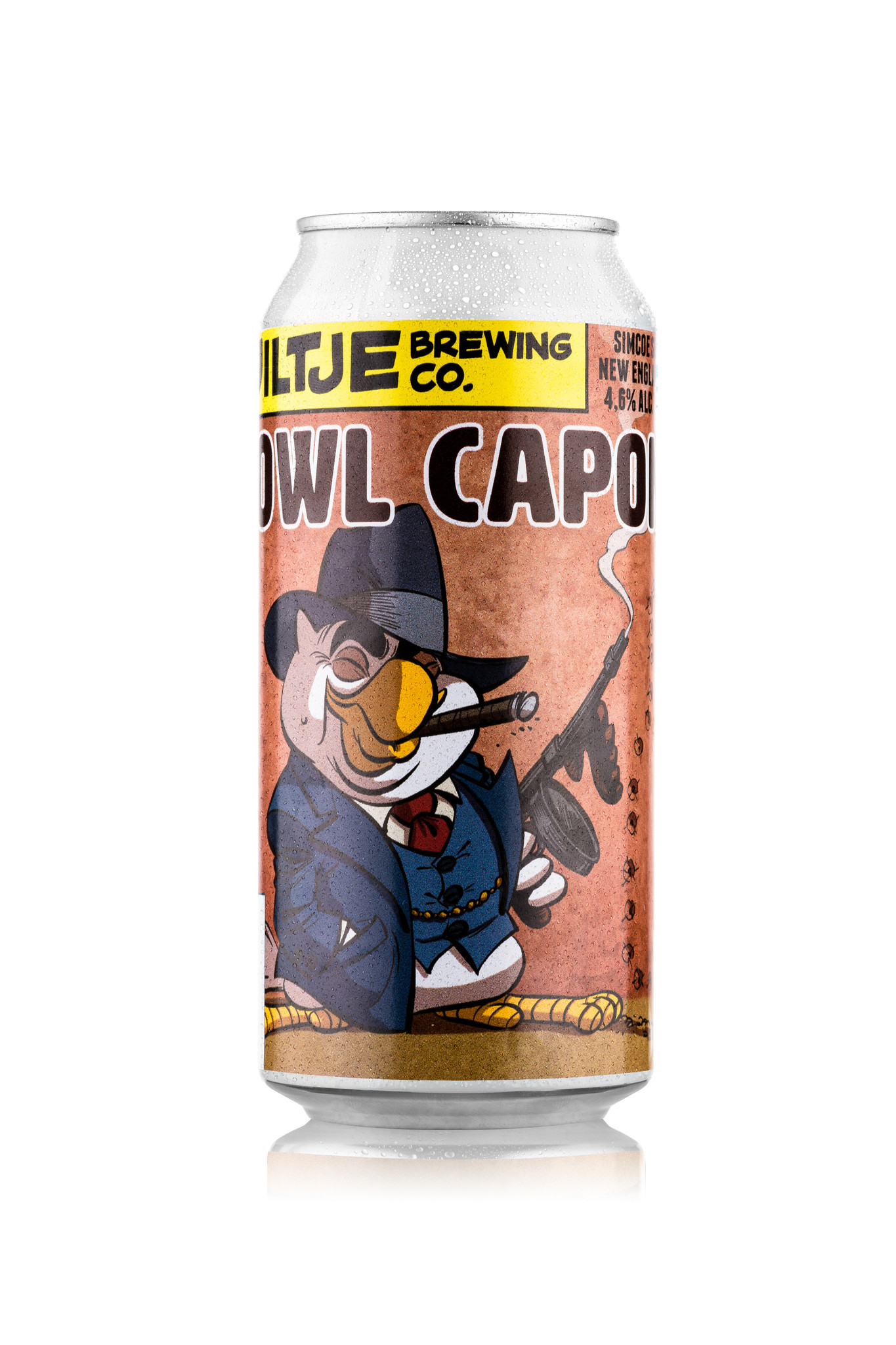 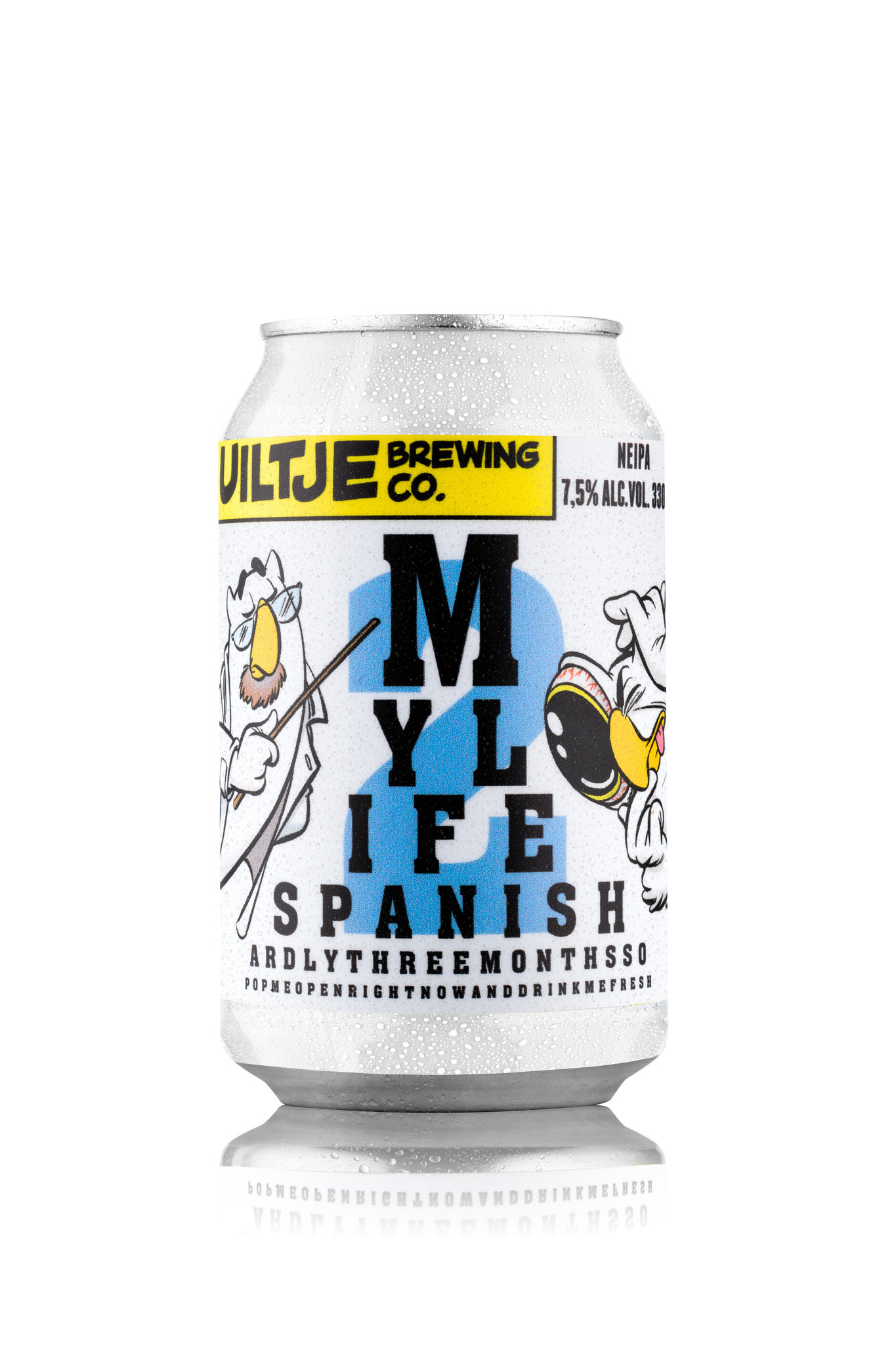 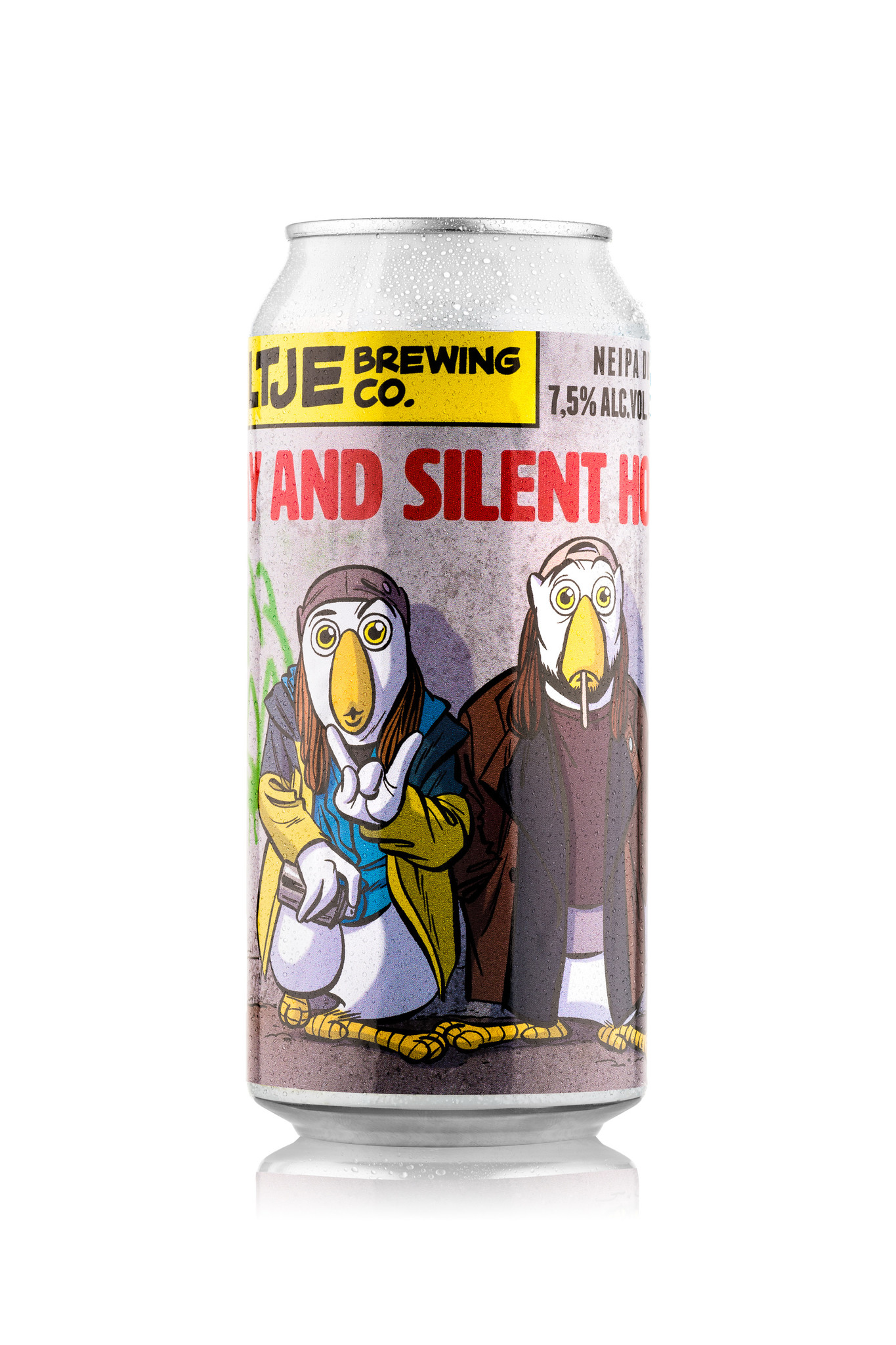 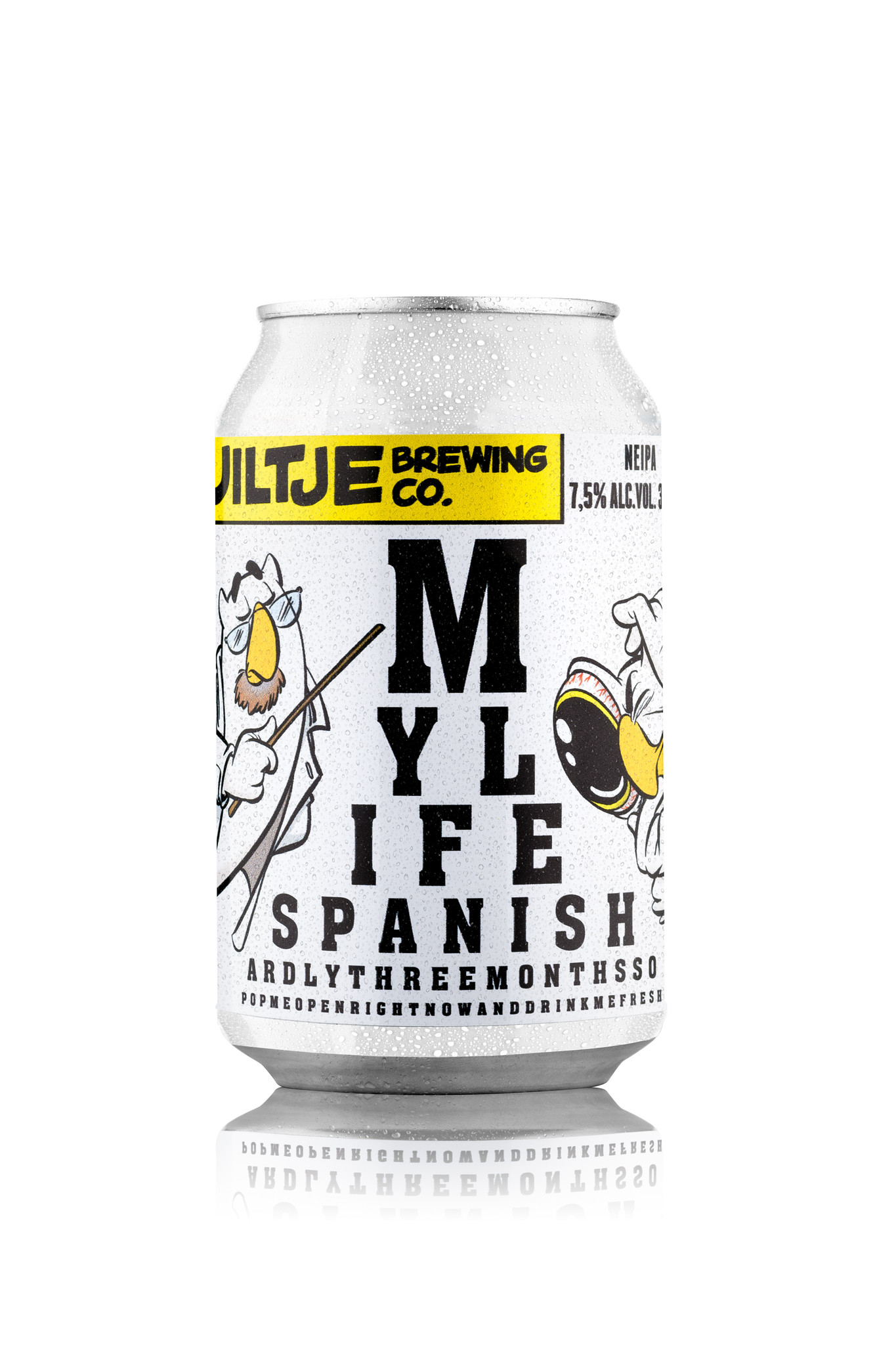 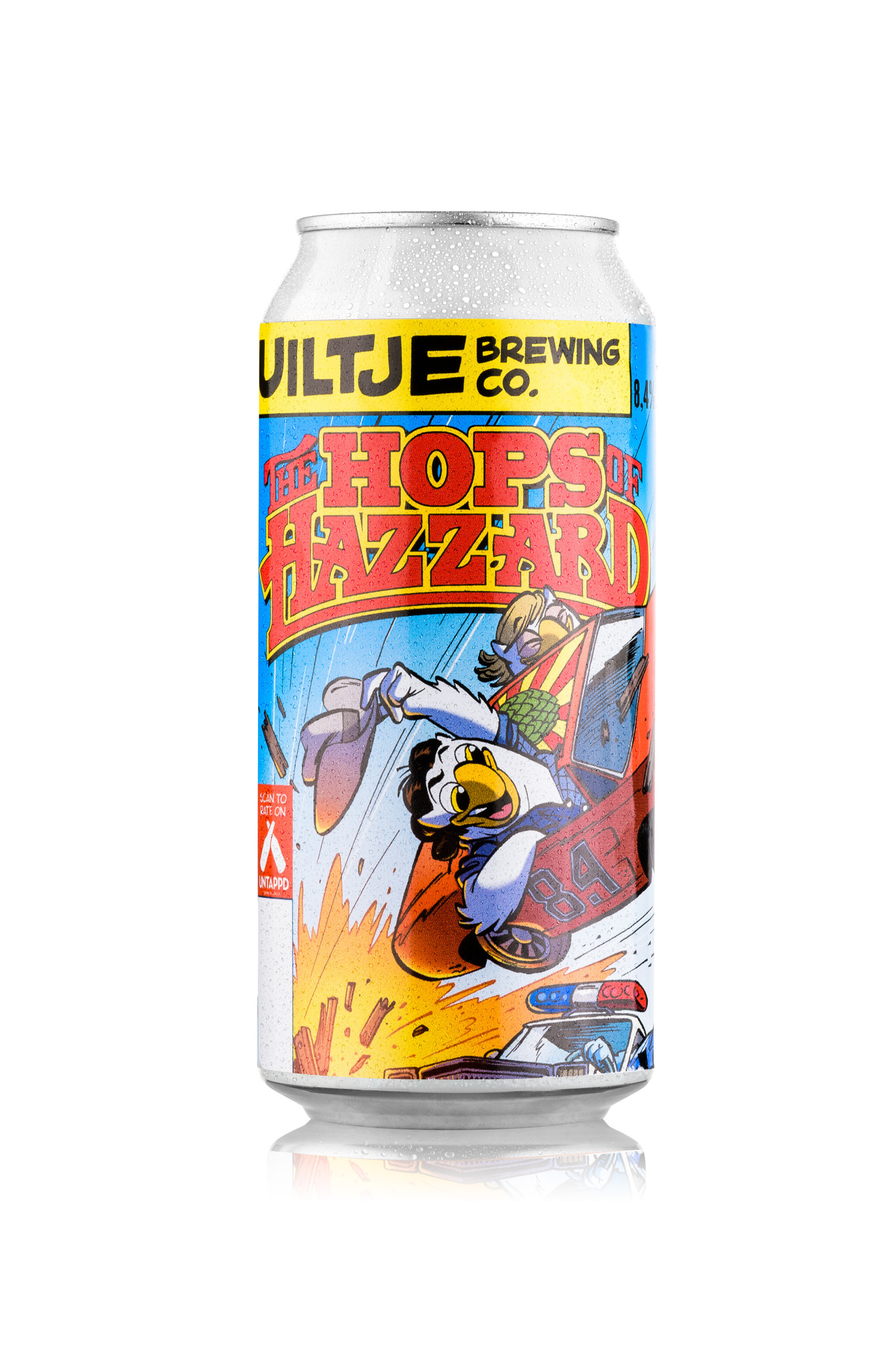 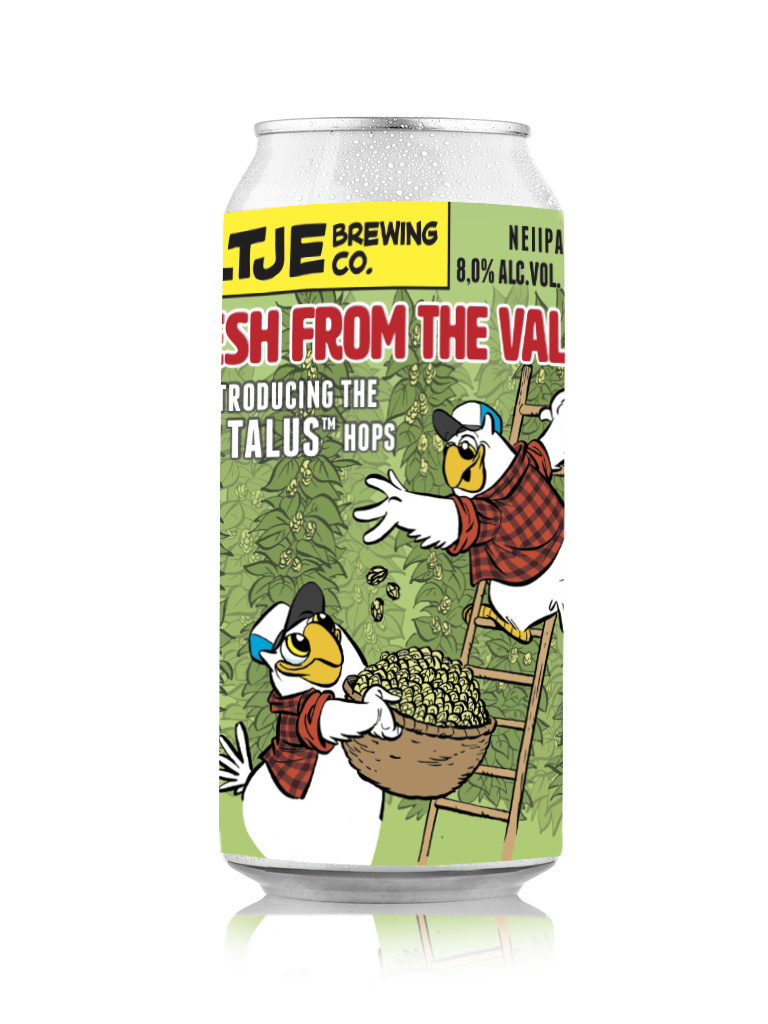 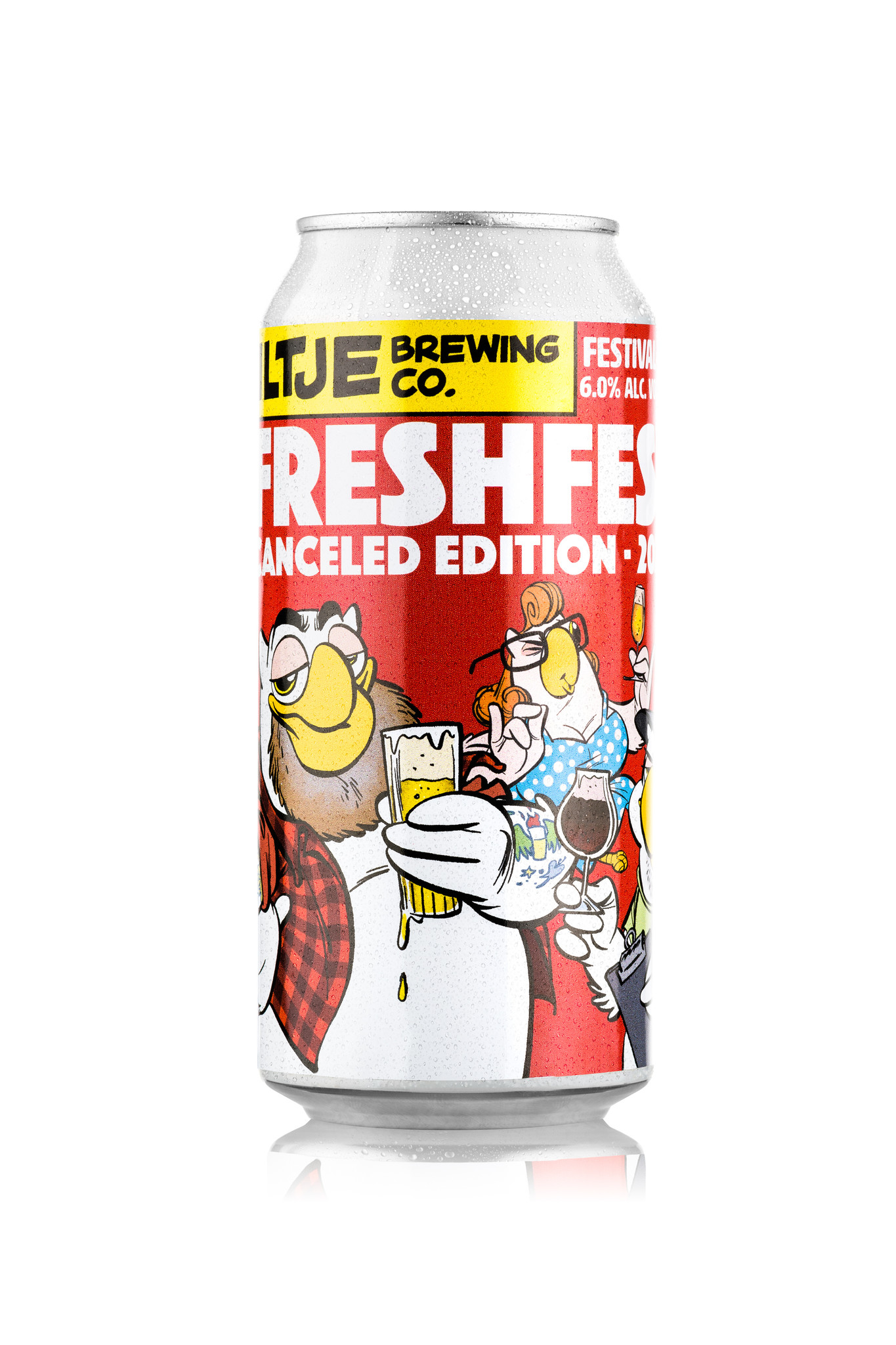 New England IPA’s or simply NEIPA for short have taken the brewing industry by storm in recent years and it is one of our favourite, or maybe even THE favourite kind of beer that we like to brew here at Uiltje!

So where exactly did this beer style come from? Well, the clue is in the name – from New England in the US! A relatively new kid on the block when compared to our other beer styles, the NEIPA was first brewed and experimented by a brewery based in Vermont, which is situated in the New England region of the US. Soon other local breweries in the region were experimenting with brewing NEIPAs and it took off from there!

What is so special about NEIPAs? This is probably best explained by looking into how they are brewed. The first thing you will notice when you’re drinking a NEIPA is that it is both hazy and juicy. This is because they’re usually brewed with loads and loads of hops. Now isn’t this quite normal I hear you say? Well, yes it is! However, with NEIPAs we will throw in the hops towards the end of the process during dry hopping which means that instead of having too much bitterness we extract all the wonderful aromas from our hops! Special yeast strains can be used which will help to contribute fruity esters as well as helping to maintain the haze. Brewers will then ensure that they don’t filter their NEIPAs which means you’ll keep all these lovely juicy aromas and end up with a very hazy looking beer! NEIPAs are consequently less bitter and much smoother than fellow IPAs and as such make for a very easy drinking beer! 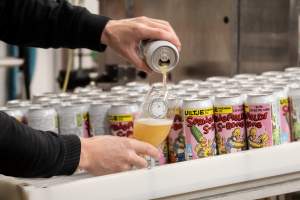 Colour of a NEIPA Beer

The story behind how NEIPAs came to be should highlight that with this beer, we’re more focused on the hops rather than the malts. However, it is important to mention that many are brewed with oats and/or lactose which will help to give NEIPAs creamy smooth flavours.
Ask a beer fan how they picture a NEIPA and they’ll probably say it’s hazy and looks like a fruit juice (shame there’s no vitamin C eh?). And that’s exactly what it should look like when you hold it up to the light, a lovely murky, varying from light golden to orange in colour with a good head on it! When NEIPAs first emerged, many people were somewhat confused and taken aback by the cloudiness of the beer, concerned that it was opaque and didn’t look quite right or unlike any other beer. However, this appearance helps to set it apart from the other types of IPA you’ll find that are usually bright and light!

Whilst NEIPAs are quite a new beer style (it was only recognised as a beer style in the US in 2015), this hasn’t stopped brewers from experimenting! The fact that NEIPAs are juicy and fruity rather than bitter has not only made this beer style incredibly popular but it has also been widely credited with making craft beer (in particular IPAs) more accessible and attractive to new drinkers.
Whilst there aren’t different types of NEIPA per se, the huge popularity of this beer style means that it is now being brewed all over world with breweries creating their own distinct versions, playing with different hop varieties as well as how and when they add their hops into the beer. With experimentation comes innovation, and we’ve already explained how yeast contributes to both flavour and haze in NEIPAs. This has meant that many yeast labs (picture the crazy scientists in white lab coats!) are discovering and developing new yeast strains to help further unlock those flavours that come from hops, a perfect tool when brewing a NEIPA. Here at Uiltje we’ve been brewing with the London Fog yeast, which has helped us to unlock some of the hop flavours when brewing beers for our Fresh & Fast scheme as well as our My Lifespan Series!

So whilst it looks like you’re drinking some kind of tropical fruit juice, what can you actually enjoy eating with a NEIPA? The bold tropical fruity flavours of a NEIPA means that you don’t need to hold back when you’re thinking of which food to pair it with. A NEIPA goes really well with spicy foods, so if you’re thinking of dishing up a curry, this is the perfect excuse – Thai green curries have been known to go down a treat accompanied with a NEIPA! If a curry doesn’t tempt you then how about Mexican cuisine? Fajitas and NEIPAs make another great foodie combination. And we can’t be a true Dutch brewery if we don’t mention how to partner a NEIPA with cheese. In this case, try pairing with a Cheddar cheese!

If you still need inspiration on what food to pair your NEIPA with, then be sure to check out our Ciel Blue NEIPA. Ciel Bleu is a two-star Michelin restaurant located in Amsterdam, and we’re very proud to have teamed up with them to produce this beer! A NEIPA with wild peach, lime, lemongrass and ginger, it’s perfectly suitable to enjoy on its own however check out our social media channels to see what to pair it up with! 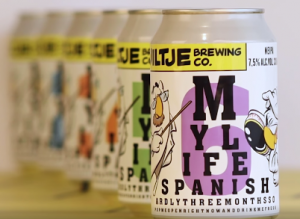 Where do we even begin with the NEIPAs that we have available here at Uiltje? As we’ve said already, it’s one of our favourite styles to brew and as such we usually always have at least one available! Those of you who are dedicated Uiltje fans should be aware of our Fresh & Fast scheme, which allows you to enjoy a new beer every second week, within 48 hours of packaging. Our Fresh & Fast scheme is therefore the perfect way to enjoy one of our NEIPAs – packed with hops, you’ll be drinking it at its freshest and at its best! Some have become so popular that they’re now household names. This includes Mosaic Mammoth, a double dry-hopped double IPA at 8%, a real hardcore NEIPA! More recently we’ve launched the My Lifespan Series for our real NEIPA fans. Brimming with hops and brewed with the London Fog yeast we mentioned above, be sure to keep an eye on our beer release calendar to see when this beer is available!