Welcome to our core range, where beers are celebrated as superheroes. Yes, these are the Uiltje franchise’s famous faces. These beers are The Chosen Ones, if you’ll permit us to get all religious on you for a sec. They are the cans you’re likely to find in shops from Amsterdam and Los Angeles to Tokyo and Berlin. These are the ones that’ll always be there for you when you need them. Because, unlike our seasonal beers, Fresh & Fast releases and other so called one-offs, our core range is brewed year round! Can we get a hallelujah!? Let’s take a second to get to know them, shall we? Lees verder 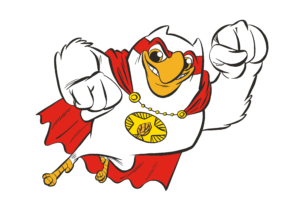 I’m Bird of Prey, superhero IPA. Put on this planet to battle the dark forces of hopdom (aka mediocre beer) and bring a bit of HOO-HOO-HOOOOT! to global IPA scene. Like every great superhero, I’ve got an accessible everyday pretty beer quality about me. And like every great superhero, I pack a serious hop punch when the bad guys show up. I was put on this planet to inspire and surprise beerlievers and non-believers alike with my high-quality – but not show-offy – powers. My natural home is among globe-trotting hopheads who use my super punch to explore new worlds and meet new friends. I give people something to talk about… i have the power to unite! One IPA to rule them all, now what i mean? One stip of me and you too will become a guardian of the Uiltje Galaxy. 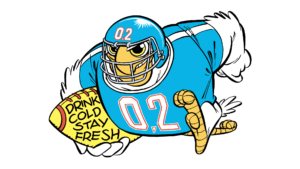 Every great team needs a captain, a mild-mannered go-to guy (or guy) willing to take one for the team. That’s me, Superb-Owl. I’m the non-alcoholic rock that keeps this superhero ship flying through the Uiltje Galaxy with a big smile on my face. A no-weight IPA that punches waaaaaay above my weight. Remember that next time you scream for superhero protection. Bird of Prey, Prima Donna and Trackdown are great pals, but they’re not always in the state to put up a good fight, if you know what I mean. And if I’m honest, after sipping three of his heavy-hitting experimenting IPAs, Dr. Raptor can barely stand straight. I’ve got enough punch in me to triumph in a barroom brawl, but at the end of the day it’s me who always brings our superhero gang safely home. 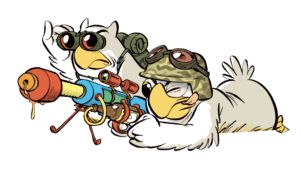 Hi, I’m Trackdown, aka The Juice. I’m a military-grade NEIPA so irresistibly stealthy that I’m more Bond than I am bird. Who needs superpowers when you’re this sexy, right? Right! As the Swiss Army Knife of superheroes, I’m the NEIPA you want to have around to battle the extremes. Too hot? I cool you down. Too cold, I light your fire. After a few rounds with Dr. Raptor and his heavy-hitting goons, I’m the guy you call, get it? Some call me a rebooted NEIPA for 21st century sensibilities, that sounds about right. When your thirst hits the fan, you know who to call. I’m the first and last beer you want around. 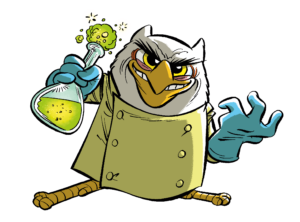 Dr. Raptor is my name, concocting bad-*ss beers is my game. I’m not tooting my own horn when I say that I’m Bird of Prey’s worst nightmare. He’s modest, I’m mad. I’m naughty, he’s nice. Bird of Prey calls me elitist, dubs me an evil genius and belittles my imperial ambitions. And it’s true, I am deeply uninterested in the beer masses. I don’t give a hoot about the pilsner proletariat. I use my superpowers to please hardcore hopheads, guys and galls who prefer a hopocracy to a democracy. So yes, I am an imperious madman who makes up my own rules, but I channel all my mojo into brewing exclusively experimental small batch beers in my secret and sexy underground LAB. I say it loudly and I say it proudly: normal beer is boring. A galaxy dominated by heavy-hitting IPAs is the only galaxy worth living in. 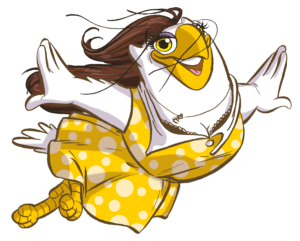 Well hello there, cutey, I’m Prima Donna. I was born in Belgium but raised by Italian opera divas; a flavor combination so irresistible it sweeps both Bird of Prey and Dr. Raptor off their feet. Let those two superheroes bumble and blather, but I too have a few tricks up my sleeve. I have the power of persuasion and the ability to twist even ‘regular’ beer drinkers around my little finger. Listen, you know and I know that no superhero team these days is truly complete without a bad-*ss kick-*ss heroine capable of upstaging the boys. That’s where I come in. My silky smoothness is rivalled only by my enchanting Limoncello charm. I’m not arrogant, just confident of my tastes. I’m not a trophy beer or just another one of Bird of Prey’s wingwomen, but an independent blonde fighting for the one thing that truly matters in life: Hop freedom, baby, hop freedom. 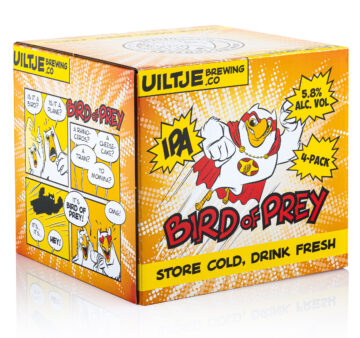 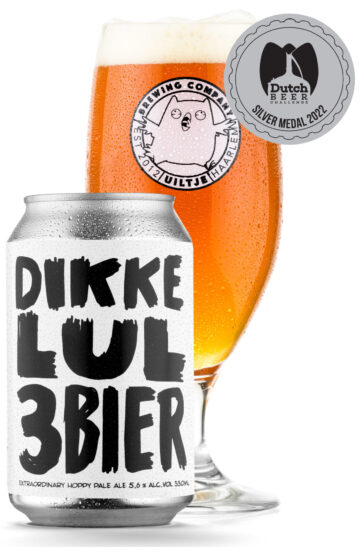 Beer as superheroes? Yes sirree. Take Bird of Prey, a Clark Kent of a beer. Likeable, accessible, hoppy golden-haired pretty boy IPA. Then there’s Dr. Raptor, an evil genius of an IPA with imperial ambitions. Dr. Raptor is anti-hero, Bird of Prey’s nemesis, a bit of Lex Luther a**hole if we do say so ourselves. Then there’s Prima Donna, our lemon-haired Lois Lane who has some show and some go, if you know what we mean. Compare her to Trackdown, a military grade IPA. With Trackdown we jump off the DC Comics’ train and enter Bond territory. Trackdown is our Q, a juicy IPA rebooted for 21st century sensibilities. And don’t forget Fancy Pants, a bubbly party-going A-personality brut IPA. A bit flashy, a bit naughty, early John Travolta working the disco floor. And how can you not like Q? (or John Travolta for that matter?) And finally we’ve got Piewee, not Herman. Half Baby Yoda, half Scooby Doo. You’ve got to be in the mood for this pineapple freak of a superhero, we admit, but when facing the evil of a hot summer day there is no better friend. The last member of the core range is our all new Superb-Owl, a non alcoholic IPA. It’s not the size of the bird in the fight that matters, but the size of the fight in the bird. And this lil’ owl’s has got some serious fight!

So there you go, our core range of superheroes stripped down and pumped up. A little bit of something for everyone. Lots of Indian Pale Ales – be they imperial (Dr. Raptor), brut (Fancy Pants), juicy (Trackdown), or non alcoholic (Superb-Owl)– complemented by a couple of soft-spoken outliers in the form of a weizen and a fruity blond. They are our Uiltje posterchildren and we’ve spent countless hours across many years tweaking these hop heroes to perfection. They are tested by time and, on a good day, celebrated by the beer-sipping masses. They are the light of our lives, the be-all of all beers. Look at them for guidance and inspiration. Call them when you’re in trouble. Sip them for the good of mankind.