Sire, all those figures. But what does it mean for us at Uiltje? Simple. The time is ripe for our own first alcohol-free IPA: the Superb-Owl. A light IPA with a full hoppy taste, but extremely low in alcohol and calories. We speak to our own Bart van Kleef (Head of Marketing at Uiltje) about the creation of the latest addition to our core range of beers. 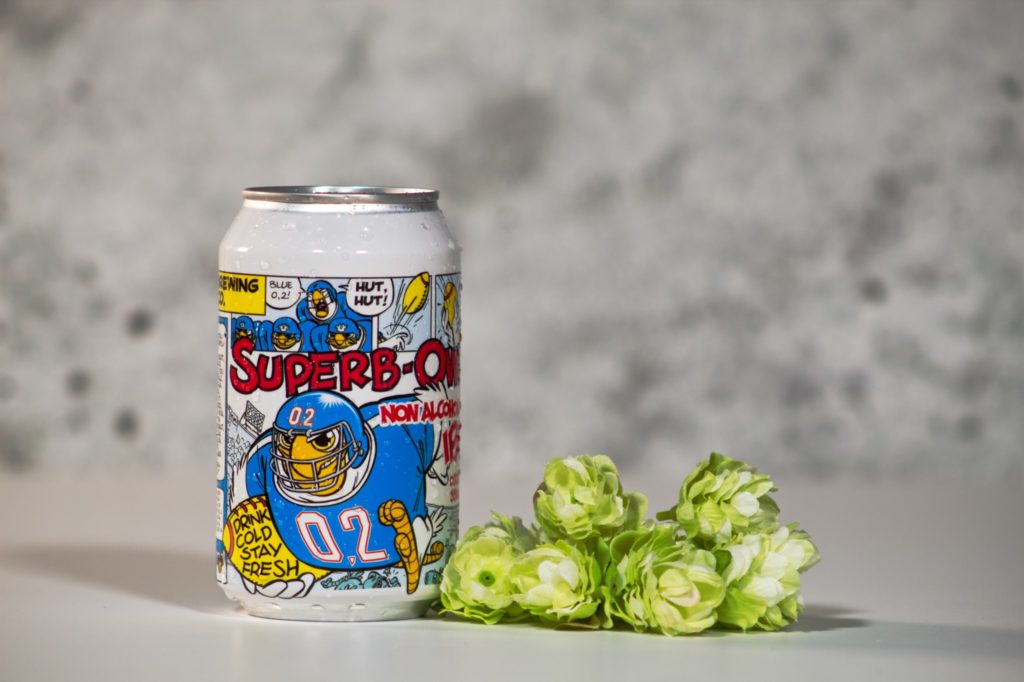 Getting used to it

“It took us a while to get to this point,” opens Bart’s conversation. “First of all because we had to get used to the idea of bringing a non-alcoholic beer to the market. The trend to use alcohol more consciously and also to be more aware of the number of calories you consume in a day has slowly gained ground, not only among consumers. We have also gone through this process. So much so that we now believe that this beer deserves a place in our core range; the series of beers that we will always continue to brew and that will therefore remain available.” Fine, the desire is there. But then you have to be able to produce it.

Bart continues: “brewing a non-alcoholic beer is technically quite complicated and requires a completely different brewing process with different equipment. That means we’ll be brewing the Superb-Owl somewhere else, but while maintaining the quality of the Uiltje beers; with a distinct and daring taste. Our stamp is unmistakably on it.”

Just twice as many hops

That distinct flavor, that might be a bit of a challenge. Critics will say that the lack of the alcohol, means the beer lacks its soul. “We tasted a lot of non-alcoholic beers in the preparation, of course,” explains Bart about the creation of the Superb-Owl. “And basically our approach was: we combine all the elements we like from other non-alcoholic IPAs and then we throw in twice as many hops. Of course, with a final product that stays balanced, which is really a bigger challenge when the alcohol is missing.”

“We tasted a lot of non-alcoholic beers in the preparation, of course,”

But did we succeed? The first trial packages via Bierista were sold out in no time and on the online social beer network Untappd the opinions are predominantly positive. And with that, the most important goal seems to have succeeded: brewing an enjoyable, outspoken IPA, without alcohol. 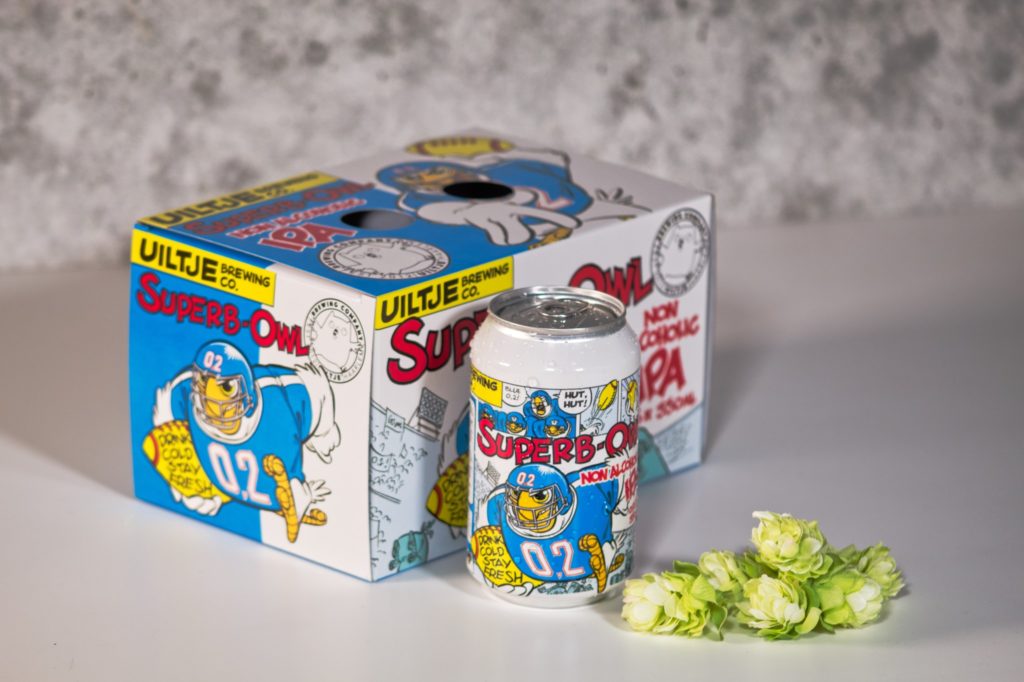 At least as characteristic for the beers of Uiltje, besides that distinctive taste, is the recognizable design. So with the arrival of the Superb-Owl, a new and lasting character had to be added to the existing group of owls in the core range. “In our exploration of other non-alcoholic beers, we quickly noticed that the color scheme that many brands use for this is blue and white. We wanted to do something with that. Moreover, our thoughts quickly turned to a sporty and fit Owl. That combination brought us to the American Football theme. And, of course no one believes this at all, totally coincidentally the release ended up coinciding with the 2021 Super Bowl weekend.”

True. No one believes that, but a good story it is. “We hope with Superb-Owl, above all, to just put down a nice non-alcoholic alternative. So that you can also enjoy a distinct IPA in a conscious way, if you don’t feel like alcohol or too many calories for a while.”

Has this first alcohol-free IPA opened Pandora’s box? Can we expect more variants in the long run? “We are very happy with the initial response to the Superb-Owl. The demand for other alcohol-free variants of the various beer styles is clear. We definitely want to listen to that in the future. With our already rich tradition of New England IPAs, I don’t rule out the possibility that we will also develop a non-alcoholic variant for them in due course.” So Bart concludes, a tad mysteriously, the conversation.

Would you also like to serve Superb-Owl to your guests? Then leave your details below and we’ll be in touch soon for a free sample pack and an appointment.

Would you like to receive a Superb-Owl sample pack?